Voting online could be the key to getting the youth vote out. Kenny Imafidon, the award-winning author of The Kenny Reports – 21 years old, an advisor on youth policy, a social entrepreneur and a campaigner on socio-economic issues affecting young people in the UK – eloquently makes the case 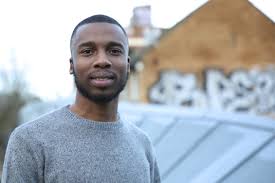 In the UK, 84% of the population have Internet access and almost 60% of the population have access to the Internet from their mobile phones, according to the Office for National Statistics. Unlike the generations before us, many of us today now have the world at our fingertips, literally. In this current age of technology, we can use the Internet to do almost everything that we previously had to do face to face. Now accessing information on any topic through search engines like Google, managing our accounts, watching movies, doing our food and clothes shopping, talking with our friends and family, finding our partners, buying a luxurious dream car and even more – all online!

Since the Internet has so much to offer, why is it that we cannot vote for our country’s politicians online? The biggest issue against people voting online in the UK is the possibility of voting fraud. I understand the problems surrounding the integrity of an online voting system, but robust security systems can be put in place to identify the people voting. Security systems are already in place to apply for online, and receive, very sensitive and important documents, such as a driving licence or passport.

Strategy of the obvious

Estonia and Switzerland are great examples of countries that have implemented security measures to prevent electoral fraud for online voting (International Experience with E-Voting, p.4). Therefore our Government or the next Government that gets elected in the 2015 General Election, should move with the times, like our European neighbours. A recent study by Ipsos MORI showed that four in ten people who did not vote in the last General Election would have voted if the voting process were easier (cough, cough: online voting!)

We all know that a lot of people, particularly those aged 18–24, are practically glued to their smartphones, using online apps, such as Twitter, Instagram and Snapchat. These 18–24 year olds are also the least likely age group to vote at elections. This could be solved with online voting, as we will be bringing voting to a platform that they use every day. Wouldn’t we be removing a barrier of our democracy, if we could give younger voters – as well as everyone else who has access to Internet – the opportunity to vote online?

Compared to other law-making bodies, such as the Scottish Parliament, the Welsh Assembly, and North Ireland Assembly, our Parliament in Westminster is behind the times. Many MPs have to queue up for hours just to vote on bills. An electronic voting system in Westminister would make far better use of MPs’ time and save the taxpayer money. This is because MPs just queuing up to vote under this current system account for around £30,000 a week in MPs’ salary costs.

Politics is meant to be all about the people, but many of our politicians clearly do not understand the people they are meant to serve. If we want to really encourage more people to vote then let’s remove as many barriers to our democracy as possible. Our democracy and voting system needs to evolve to ensure it is more accessible and on a platform millions of people in the UK use every day. For those who have several excuses not to vote on Election Day, such as “it’s raining” or “it’s freezing cold”, or “being too busy”, online voting would encourage them to vote at their own convenience.

Wouldn’t it be great if at the next General Election if we could vote from the comfort of our own home? Where I am writing this blog now.