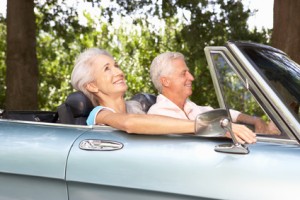 Thousands of people in their 50s are planning to use the new freedoms they will have from next April to withdraw the money saved in their defined contribution pension pots to fund a short-term spending spree, according to new research from the financial services firm Hargreaves Lansdown.

The research – which also exposed a worrying level of ignorance over how much tax pension savers will still have to pay when they make withdrawals – raises concerning questions over whether too many older savers are likely to spend their pension savings on short-term consumption, and could risk running out of money over the long term.

“Freedom and choice” in pensions?

The Coalition Government’s new pensions policy, which was announced in last April’s Budget by Chancellor George Osborne, will come into effect in April 2015. Dubbed “Freedom and Choice in Pensions” by the Government, it will enable people who are over 55 with defined contribution pension pots to withdraw money at their marginal rate of income tax (20% or 40%), rather than having to pay a punitive rate of 55%, as they did under the previous arrangements.

The first 25% of the money that someone withdraws will still be available completely tax-free, as it is under the present system, so withdrawing all the money they have saved in one go is likely to suddenly become a much more attractive option for many people who wouldn’t previously have considered it.

The new research from Hargreaves Lansdown was one of the first attempts to see what impact the new rules will have on savers’ behaviour towards their pensions. Based on survey evidence collected from a group of 1,247 UK adults aged 45 to 65, the findings suggest that up to 200,000 people are now planning to cash in their entire pension pots as soon as the new rules come into force next year.

This last finding suggests that one impact of the new pension freedoms will be to stimulate another wave of investment in buy-to-let property, stoking further competition between landlords and first-time buyers.

The findings of the Hargreaves Lansdown research once again raises the issue of whether pension savers may be given too much freedom to do what they like with their money. The Government’s position is straightforward: they have said many times that individual savers should be free to do whatever they like with their own money. Pensions minister Steve Webb has even said in an interview that pensioners should be free to blow their savings on a Lamborghini if they want to. Hargreaves Lansdown also calculated in their research that one of the likely impacts of so many people taking their entire pots in one go will be a tax boost worth roughly £1.6 billion to the Treasury, which is clearly good news for the current Government.

However, this research will embolden critics of the new policy who have claimed that many pensioners may not be knowledgeable enough about pensions to appreciate the full magnitude of the decisions they will have to make. If someone uses up all of their pension savings too quickly, it will place a greater burden on the state in terms of means-tested benefits in the future – a problem that future governments (and generations of taxpayers) will have to deal with.

The research by Hargreaves Lansdown suggests that most of the people they surveyed were lacking some important information about how the new rules will work: only 40% were able to accurately predict how much tax they will have to pay when they withdraw their pots. The Government has promised that all older people will be entitled to free financial advice from the Citizens Advice service, but doubts remain over how effective this will be in practice.

Tom McPhail, head of pensions research at Hargreaves Lansdown, neatly summarised the dilemmas that the new report presents in his comments to the Press Association:

“Whilst we support the basic principles behind the Government’s reforms, the speed and complexity of these changes mean that a lot of investors are going to be paying unnecessarily large amounts of tax to the Government. The Chancellor has effectively engineered a tax windfall for the Government from unsuspecting pension investors.

“There is an urgent need for the Government to think again about how to effectively regulate these new freedoms. We want investors to take responsibility for and to engage with their savings but we also don’t want them paying unnecessary tax bills or running out of money.”