David Kingman reports on the recent warning from a prominent think tank that the National Insurance Fund is approaching collapse, and today’s younger generation should not expect to receive a meaningful state pension 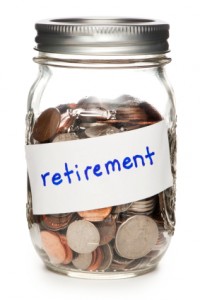 The UK’s National Insurance Fund is facing insolvency in the near future, meaning that today’s young people should expect only a “derisory” state pension, according to a new report from the Centre for Policy Studies think tank.

Britain’s state pension is paid for out of the National Insurance Fund on a “pay as you go” basis, which means that the contributions paid in by today’s workers are immediately paid out again to give pensions to today’s pensioners. For a significant part of the 1990s and the 2000s, as Britain’s economy expanded, contributions were greater than the pay-outs, so the fund accumulated a surplus. However, this new report by pension expert Michael Johnson warns that the fund is currently diminishing and will soon be exhausted, putting the financial solvency of the state pension system at risk.

The report, entitled NICs: The End Should be Nigh, builds on the worrying findings of the recent quinquennial review from the Government Actuary’s Department (GAD), which conducts a review every five years of the condition of the National Insurance Fund. Their latest report came with a warning that the Fund’s current surplus is likely to be exhausted by 2035, taking account of the changes to pension age which are included in the Pensions Act 2014, and it could even happen as soon as 2027–28 if the next government decides to back down from fully implementing the new Act’s changes. The language used in their report was stark:

“Without changes to contribution rates or limits, changes to benefits, or the payment of further Treasury Grants, or unexpected changes in economic or demographic factors, the Fund is likely to be exhausted within 25 years of the effective date of this review, that is, within 25 years of 2010.”

Under current legislation, the Treasury is allowed to tide the fund over if its surplus falls below the level required to meet current benefit payments by making Treasury Grants, but these can only be worth up to 16% of the Fund’s outgoings. Should this prove insufficient, either National Insurance contributions would have to rise or the way benefits are indexed to inflation would have to change.

However, according to Michael Johnson’s new report, GAD made a serious flaw in their assumptions, because their projections of future National Insurance contributions were based on UK workers enjoying average wage increases worth 2.4% a year in real terms. He argues that this is unrealistic in the post-recession world, and if wages continue to grow at their current, much slower, pace of 1.7% per year then the Fund faces running out of money much sooner, possibly as soon as in the next few years.

The Fund’s surplus has fallen dramatically over recent years from £53 billion in 2009 to just £29.1 billion last year. If it continues to be whittled away in the manner that both GAD and the Centre for Policy Studies project, then the politicians may soon find themselves facing some difficult choices about how they will keep funding state pensions.

Mr Johnson was quoted by The Telegraph giving a chilling warning about the size of the State Pension that today’s younger generation should expect when they eventually retire:

“It doesn’t matter which government is elected next year, the state pension age will have to go up much faster and sooner than anyone expects to cover the funding deficit. For Generation Y, aged between 25 and 34, the message from the Government ought to be that the state pension is not viable full stop. But, of course, no politician can say this publicly.”

In his report, Mr Johnson argues for a radical solution to the looming State Pension funding crisis: fully merging the National Insurance and Income Tax systems to create a single “Earnings Tax” paid at 32%, 42% and 47%, using today’s personal allowance and income tax bands. The loss of employers’ contributions could be made up from higher Corporation Tax and taxes on dividends, while he also advocates further research into how consumption taxes and VAT could be modified to generate more revenue.

Another alternative – which would do less to solve the immediate problem, but would be better for future generations in the long-run – could be to replace the pay-as-you-go state pension with a fully funded alternative, paid for by investing peoples’ contributions in an actual fund which would generate returns. This is the model used by several other countries, most notably Japan, whose Government Pension Investment Fund is the world’s largest pool of retirement savings.

Whatever they decide to do about it, there is clearly mounting evidence that, if next government fails to act decisively, the old age of tomorrow’s pensioners will be even more shrouded in uncertainty than it is today.