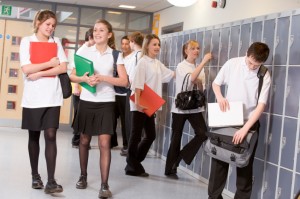 Following changes to the law which have been implemented by the Coalition Government, young people in England now have to remain in compulsory education until the age of 17, rising to 18 from summer 2015. In theory, this should be a very good thing for them: in the modern “knowledge economy”, the more education you have the better off you are likely to be in the long term.

However, the schools inspectorate Ofsted has recently warned that for young people who are already struggling at school, keeping them there for an additional two years may simply be postponing their “inevitable” transition towards “NEET” status – government shorthand for young people who are Not in Employment, Education or Training. So is more schooling necessarily such a good thing?

Ofsted have argued that it is “simply not enough” to keep young people shepherded in schools and further education institutions if they are not doing anything which will lead to them eventually leaving with sufficient qualifications and experience to enjoy success in the labour market.

Ofsted have recently undertaken research which looks at how the first cohort of young people to be compelled to stay in compulsory education until the age of 17 are faring under the new arrangements. Parts of the report were highly critical of the current system, arguing that too many teenagers are receiving substandard teaching in English and Maths in particular, while too many schools and colleges are not doing enough to ensure that their students progress on to decent jobs and apprenticeship or training schemes.

There are currently thought to be around 1.8 million people aged 16 to 24 who are classed as NEET, although Ofsted believes that the limitations of the current monitoring system mean this is probably an underestimate.

Ofsted’s warning came at almost exactly the same time as the government launched new statistics showing how people who stay at school to retake poor GCSE results tend to fare by the age of 18. Just over half of all students who failed to get grades A* to C in English or Maths in 2011 stayed in school to try and retake them, but the figures show that only 6.5% eventually achieved this standard in English and only 7% in Maths.

These findings imply that young people who are struggling at school at age 16 rarely show signs of improvement if they are remain in school for additional years of teaching. Given that it must be people in this category who would have been more likely to leave school at 16 under the old system, this worrying lack of improvement suggests that forcing these pupils to stay in school for longer may be of only questionable benefit.

Speaking at the launch of Ofsted’s report, chief inspector of schools Sir Michael Wilshaw warned that England’s system of post-16 education is still failing far too many young people:

“The gap between the good intentions of government policy in relation to this age group and the reality of what is happening on the ground is worryingly wide. The simple truth of what’s happening at the moment is that too many of our young people, particularly those from disadvantaged backgrounds and those who want to follow vocational pathways, are not yet being well served by these programmes.”