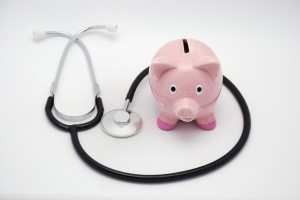 The commission chaired by the economist Kate Barker, which has just launched its final report, set out to answer two questions when it commenced its investigation into the future of health and social care in England. First, how can we make the system fairer: why should someone suffering from a “medical” problem, such as cancer, get all their treatment paid for on the NHS, while someone with social care needs, such as dementia, very often has to pay for all their treatment privately?

Secondly, if the logical solution to the first problem is to create a combined health and social care system, then how can we fund it so that it remains affordable in the future? These are the type of extremely difficult questions that few policy-makers have shown much interest in grappling with over recent years, so hopefully they will read the Final Report that the Barker Commission has recently published with interest.

The Final Report – entitled A New Settlement for Health and Social Care – reaches firm conclusions about how to answer these questions. The starting point of the Commission’s response is that the current system is not fit for purpose and fails too many of the people who rely on it. Therefore the only satisfactory solution is to create a single, ring-fenced health and social care system, led by a single body that would plan and commission services. They propose that for the first time since the NHS was founded in the post-war period, there should only be one body that would have responsibility for organising health, social care and end-of-life care for everyone.

In response to the thorny question of how the costs of achieving this vision should be funded, the Barker Commission makes a single argument:; the costs that this would entail are inevitable anyway, as changing demographics place more and more pressure on the health and social care system, so future governments will effectively have no choice. As Professor Chris Ham, the chief executive of the King’s Fund think tank, which sponsored the Commission, argues in the report, “there is no ‘do nothing’ option.”

The most striking feature of the Commission’s list of specific recommendations for how the new system they envisage should be funded is that it mainly involves creating a higher contribution from the state, through making a range of tweaks to the taxes and benefits system, rather than asking patients to pay more directly.

The one significant change they would make involving user charges would be to reform prescriptions so that they cost much less – perhaps as little as £2.50 per item – but many more people would be eligible to pay for them. Under the current framework of exemptions, 90% of prescription items are dispensed to people who are exempt from paying prescription charges.

In terms of public spending, the Commission argues that it will be necessary to increase the amount of GDP that England spends on health and social care from around 9% per year today to 11–12% by 2025. They advocate achieving this aim by implementing the following measures:

The most attention-grabbing feature of this list is the emphasis which the Commission places on taxing wealthier pensioners, which, they argue, can be justified because the members of this group will benefit disproportionately from the new system if it comes into being. As they expressed it in the report:

“We recommend on the grounds of equity, affordability and inter-generational fairness that at least some of the extra revenue to pay for the large-scale improvements that we seek should come from the group that will be among the biggest beneficiaries of the changes, namely the older generation and particularly its more affluent members. Resources can be released by targeting existing benefits … away from affluent pensioners, and diverting the money into health and social care.”

Altogether, the Commission estimates that the changes which they propose to taxes and benefits, and user charges, would raise an additional £5 billion per year, which would be enough to implement the new system in the short-term. Although many challenging questions remain unanswered – not least how you would combine the vast, separate, bureaucracies which have developed side-by-side under the current arrangements into a unified system that would be capable of delivering the Commission’s bold vision.

However, a system along the lines they propose – capable of delivering genuine “cradle to grave” care for all ages and funded in a way which shares the burden fairly between different generations – feels like what we as a nation ought to be striving for. Now the onus is on the politicians to rise to the challenge of delivering it.