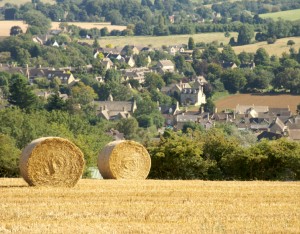 Most of the headlines about Britain’s housing crisis tend to concentrate on the shortage of affordable accommodation affecting London and other major cities. These places tend to generate the most spectacular statistics about the housing market – for example, recent reports showed that London house prices had risen by 19% in the last twelve months, a figure which looks almost otherworldly to most peoples’ eyes.

However, the coverage which is given to London’s high house prices can sometimes overlook the fact that because earnings are higher in the capital too, housing there is not necessarily less affordable than in other parts of the country. In fact, somewhat surprisingly, most of the areas which have the biggest house prices relative to average wages tend to be located in rural areas. This has major implications for the young people who have grown up there, and the future of the countryside itself.

According to new figures which have been compiled by the National Housing Federation, and reported on by the BBC, there are actually 62 local authority areas in England where house prices are less affordable than London.

This is based on how high average house prices are as a multiple of local average earnings. The National Housing Federation claims that average full-time wages in London are around £40,000, and the average house costs about £400,000, so buying a house in London costs roughly ten times more than wages.

Their research shows that this compares quite favourably with many rural areas where average prices are between fifteen and twenty times as high as the average local salary. On this measure, the least affordable local authority area in England is South Buckinghamshire, where average earnings are under £30,000 but the average property costs £563,000. This gives it an “affordability ratio” of 20.2 times, while the second most unaffordable area in the country, the Cotswolds, has one of 19.1. The remainder of the ten least affordable local authorities using this measure are all attractive rural spots spread across the south east and the south west.

The natural upshot of house prices being so high relative to incomes is that young people who have grown up in these areas often find it almost impossible to afford to buy a home of their own there. The BBC spoke to several young people living in the Cotswolds who seemed resigned to this fate, however much they may dislike it. One young woman expressed her feelings by saying “It’s really unfair. I feel like they don’t want youngsters to live around here. Because there’s no way they can.”

Extremely unaffordable house prices in rural areas potentially create two problems. Firstly, if young people are forced to move away to areas where housing is more affordable then it exacerbates the ageing of the population. Already, a third of the population in Stow on the Wold, a popular retirement destination in the Cotswolds, is over the age of 65. Similar patterns of ageing are being repeated across Britain’s countryside. A quarter of England’s over-65s currently live in rural areas, compared with one in five of the general population, and the government is sufficiently concerned about the challenges of catering to the rapidly ageing rural population that last year the Department for the Environment, Food and Rural Affairs (DEFRA) undertook a major study of the issue.

The more young people that are squeezed out of rural areas, the harder it will be to deliver services to older people such as nursing and home care, and the fewer young family members they will have to rely on living close by. If this situation is left unaddressed, there is a serious danger that “retirement ghettos” will be the result – monocultural rural communities dominated by wealthy older people, with all the economic and social disadvantages that would entail.

Secondly, once young people have left the rural communities where they grew up and forged careers and families elsewhere, they are unlikely ever to go back. Clearly, much more needs to be done to support affordable house building in rural areas if the people who live there want to enjoy sustainable, mixed-aged communities that will be viable over the long term.