The Conservative peer Lord Hodgson recently argued that Britain should create a sovereign wealth fund with the proceeds from fracking. David Kingman debates whether this is a good idea or not 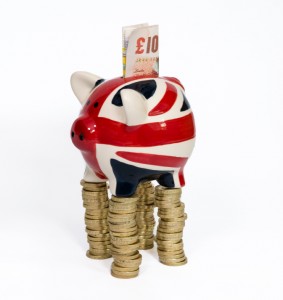 During a recent debate in the House of Lords over the Government’s new Infrastructure Bill, Lord Hodgson of Astley Abbotts called for Britain to use some of the proceeds from fracking to create a sovereign wealth fund which could invest money to help future generations.

IF has researched the benefits of creating a sovereign wealth fund before: in 2013 we published a research paper entitled Funding the Future: How Sovereign Wealth Funds Benefit Future Generations, which concluded that it would be one of the best ways of fulfilling the current generation’s duty of stewardship towards those who will come after us in the future. However, it needs to be acknowledged that sovereign wealth funds can also have some drawbacks. So, would this be the right policy for Britain to follow?

Lord Hodgson’s intervention came during a debate in the House of Lords over the Government’s new Infrastructure Bill, which includes provisions that are intended to make it easier for energy firms to take advantage of hydraulic fracturing (“fracking”), the method of extracting gas and oil from shale rock by subjecting it to high pressure. The bill is expected to make it easier for energy companies to drill underneath peoples’ houses to search for oil and gas without requiring the permission of the property owners.

No fracking has actually taken place in the UK so far, but some estimates suggest that the total reserves of oil and gas large-scale fracking would uncover could be worth over £1 trillion. This raises the prospect of a huge tax boom for the UK government if the fracking industry develops sufficiently, which was what prompted Lord Hodgson to suggest that the proceeds from this boom could be invested in a sovereign wealth fund.

According to the Associated Press, Lord Hodgson made the following statement:

“You could argue this is akin to an everlasting pension fund for UK plc. Norway has an extremely successful sovereign wealth fund and as a result Norwegian government bonds are some of the most sought after and highly rated in the world. A British sovereign wealth fund might not just help the country in the long run, it might also improve our financial stability in the short run.

“As a nation we are jolly good at spending, but we are rather less good at saving. As a nation we have already blown the proceeds of the majority of first great gift of nature – North Sea oil. I think the Government needs to reflect carefully whether we should repeat that experience with a second great gift from nature of our gas reserves.”

Should Britain get saving?

As IF argued in our report into sovereign wealth funds, they are an excellent way of leaving a positive economic legacy for future generations. In particular, they help to mitigate the danger that a one-off economic boom caused by exploiting natural resources will only benefit the members of the particular generation which happens to be alive at the time, while leaving future generations with a despoiled natural environment and heavy clean-up costs. As Lord Hodgson suggested, this was essentially what has happened with Britain’s income from selling North Sea oil and gas, which IF’s report showed was generating £35 million per day of licence fees during the 1980s, but these were practically all spent on addressing the public spending priorities of those who were alive at the time, leaving very little for the generation which came afterwards.

Sovereign wealth funds also have practical benefits for the economy as well, not least that they reduce volatility by enabling a country to smooth out the economic benefits of selling natural resources where the price tends to fluctuate from year to year. Perhaps most importantly, there is just something that seems intrinsically appealing about the neatness of using the profits from one of the most short-termist of human activities – burning fossil fuels – to create a long-term economic device which can benefit people in perpetuity.

However, it is important to recognise that Lord Hodgson’s suggestion would have certain drawbacks as well. In economic terms, the biggest single argument against creating a sovereign wealth fund is that it doesn’t make sense while Britain still has an extremely large national debt, which officially stands at around £1.2 trillion. Many economists would argue that the net benefit to future generations would be greater if we spent the windfall from fracking on paying that off, rather than building up a sovereign wealth fund.

There is also the controversy over hydraulic fracking itself. Although the process has been used for a long time in America – where it has been a huge success in economic terms – some environmental groups in Britain remain concerned about dangers which its critics say are associated with the process. Critics argue that fracking uses unsustainable amounts of water; that it can lead to groundwater pollution from chemical discharges, and that it can potentially cause small earthquakes when the ground is subjected to too much pressure.

There is also the bigger environmental concern that at the end of the day, fracking is another means of exploiting hydrocarbons rather than moving towards renewable sources of energy. If burning more oil and gas worsens the effects of global warming, then the net harm caused to future generations may outweigh the economic benefits they would obtain from a sovereign wealth fund.

The debate over fracking is likely to continue for a long time yet. Even the Infrastructure Bill itself is not guaranteed a smooth passage through parliament, as the Labour peer Lord Adonis accused it of being unfit for purpose during the debate where Lord Hodgson made his intervention. Inevitably, it looks like the question of whether Britain should create a sovereign wealth fund from its fracking boom to benefit future generations will be left to a future generation of politicians to work out.