David Kingman reports on a recent warning from the Institute for Public Policy Research, that the supply of unpaid social care from family members is on the verge of running out 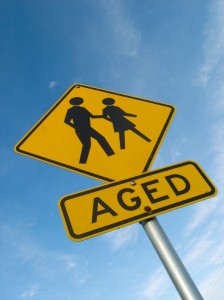 Britain’s ageing population is on the verge of exceeding the supply of family members who can provide unpaid social care, according to The Generation Strain, a new report from centre-left think tank the Institute for Public Policy Research (IPPR).

This will force us to find new ways of delivering adult social care, which rely more on community networks rather than individual families – although whether this will be enough to prevent a funding crisis as the state has to step into do more is a matter for urgent debate.

Most elderly care in the UK is not provided either by the state or by private organisations, such as nursing homes, but by ordinary family members who look after their elderly relatives, usually on an unpaid basis. The report from the IPPR estimates that this care has an annual value of £55 billion, a vast sum which dwarfs the amounts spent on actually purchasing care by the state or individuals.

Two-thirds of it is provided by women, who often find themselves “sandwiched” during middle age (and beyond) between looking after their children – and often subsequently their grandchildren – and helping to provide care for ageing parents. This unpaid care is clearly invaluable to the UK social care system; without it, the state would need to step in to fill the breach in many cases, either by providing a lot more adult social care itself or by dealing with the indirect costs such as the higher number of A & E visits from older people.

The IPPR report warns of a growing family care “gap” as the population ages. They estimate that within a few years the number of pensioners who need social care will overtake the supply of family members who are able to provide it; by 2030 there could be as many as two million over-65s who have no children living nearby who can provide care, almost a quarter of a million of whom will need 20 hours of care a week.

The BBC quoted Clare McNeil, senior research fellow at the IPPR, who made the following comment:

“There won’t be the family members needed to provide the types care that people see at the moment. That will mean there is more pressure on social services, and stretched services like the NHS. We need to have a fundamental rethink about the way that we look after each other later in life.”

The IPPR’s report notes that it seems highly unlikely that existing state-funded services could expand to fill the void that the looming shortage of free unpaid carers will create. As they point out, two-thirds of existing healthcare expenditure already funds services for the elderly, and the state-funded social care sector is being stretched to breaking-point by a combination of rising demand and shrinking budgets: the number of elderly people receiving state-funded assistance with daily living has fallen by 168,000 since the beginning of the present parliament because of cutbacks.

The IPPR report recommends that local communities should establish “neighbourhood networks” – based on a successful project which has been undertaken by volunteers in Leeds – to help different families living alongside each other to divide caring responsibilities between them, and to run schemes such as elderly day-care centres on a community basis. One intergenerational solution that they recommend is that care sites should no longer be rigidly divided by age group; instead, care for children and old people could be provided in the same locations, as happens in some other countries, making it easier for care services to be delivered.

Whether these suggestions would go far enough to address the looming care crisis is another matter. If the supply of free care dwindles in future then it seems inevitable that replacement carers will need to be paid for instead, but how?

Nick Pearce, the IPPR’s director, has publicly suggested that a special tax could be introduced to pay for health and social care, revenues from which would be ring-fenced, while Labour is thought to be toying with the idea of increasing National Insurance contributions to pay for health and social care. The problem with both ideas is that they pile greater expense onto the shoulders of today’s working generation, which raises important concerns about intergenerational fairness.

One thing is for sure: the IPPR report mentions that the average cost of professional care delivered at home is now £25,000 per year, while a year in a nursing home costs an average of £36,000. Working out who should pay for that, if more and more older people no longer have access to care which they used to get for free, will be one of the biggest challenges facing Britain’s social care system as the population ages.