Sixteen-year-old Jenni Herd shot to fame in March by writing a letter to The Times, complaining about media bias against her generation. It was published under the title “Annoyed”. Here she tells of that experience, and explains why young people deserve an intergenerational change in attitude 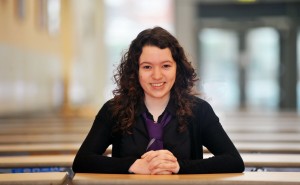 On 2 March 2014 I wrote an impassioned rant to The Times about their treatment of teenagers and, buoyed by my anger, sent it on a whim.

On 4 March it was published.

On 5 March it was everywhere. My letter, so small when typed on a computer screen, was larger than life when it exploded on Twitter.

The reaction seemed immense to me – a young girl tied to her laptop and entranced by the power of social media, as my words were plastered on almost every blog, tweet and Tumblr post. I got messages from strangers on Facebook and Tumblr; I got emails from teenagers in London who had discussed my letter in class; people suddenly started asking for interviews, pictures, opinions and ideas – my thoughts on unemployment, Scottish independence, things I barely knew the answers to. I became an “accidental activist”, an unintentional soapbox preacher. It was fantastic, exhilarating, stupendous…and exhausting.

The frustrating thing was that I didn’t mean for any of this to happen. If I had known the impact my letter would have, I would have made it longer; I would have looked past the simple patronisation of my generation by the media and discussed what it really means to be a teenager in this world.

What I should have said

I think the main thing adults are missing when they talk to us, when they interview and interact and patronise us, is that we are connected. The boy playing video games is fine-tuning his hand-eye coordination, problem-solving skills and risk assessment. The girl who Instagrams 24/7 is practising photography, unconsciously perfecting light and angles, and all the while learning about self-esteem and self-consciousness. Even going on Facebook or Tumblr brings scientific articles to the forefront of our minds, and sites like Reddit encourage debate. One quick Google search and we can know everything about the crisis in Ukraine. Pop onto YouTube and we could probably explain the government’s tax policy better than David Cameron. We aren’t more intelligent, but we are wiser.

When adults talk down to teenagers, they aren’t talking to us, not really. They’re talking to their generation; how they remember teens to be. Some adults can be intentionally disrespectful, but I truly believe that most aren’t. It’s just that their ire and annoyance is misplaced: by being annoyed at us, we become annoyed at them, creating an endless circle of eye-rolling and slamming doors and swear words screamed across the dinner table.

The media need to break down this image. People – journalists, parents, teachers, scientists – need to understand that we know more than they think.

We aren’t the teens of the past, isolated and apart. We have ground-breaking ideas. We have the power to build machines, create economies, run countries.

The only thing we don’t have is a voice.