Two major international gatherings have recently taken place in London to draw attention to the global trade in endangered species. Have they improved the chances that some of these species will still be alive for future generations to enjoy? David Kingman explains 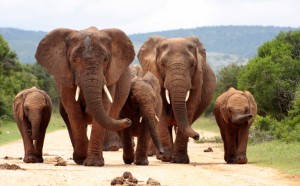 Will future generations be able to marvel at some of the Earth’s most spectacular living creatures? Unfortunately, there is a strong chance that they will not have that opportunity unless major actions are taken to undermine the trade in endangered species, according to international experts.

An industry worth £12 billion per year

This was the conclusion reached by the delegates who attended two international conventions on the trade in endangered species, both of which took place in London in mid-February.

On the 12 and 13 February, the Zoological Society of London (ZSL) hosted a major symposium consisting of representatives from international NGOs – including the World Wide Fund for Nature (WWF), the Wildlife Conservation Society, Traffic and Conservation International – the aim of which was to draw attention to the issue of trading in endangered species.

According to Professor Jonathan Baillie, director of London at ZSL: “It’s clear that illegal wildlife trafficking is completely out of control, and we need to bring the best minds together to really identify some clear solutions and show clear leadership and direction.”

As part of their attempt to draw attention to the issue of the global trade in endangered species, ZSL publicised a set of shocking statistics which revealed that the industry is now estimated to be worth at least £12 billion per year (which is probably a conservative figure). There is widespread concern that the international trade appears to be rapidly increasing in volume; for example, it is thought that only 13 South African rhinos were killed for their horns during the whole of 2007, but this figure rose to 1,004 last year. Elephants are among the biggest victims, with over 20,000 of them killed during 2012 alone, while there are estimated to be as few as 3,200 tigers left in the wild around the world.

This is a challenge which clearly demands action from the global community, unless we want our grandchildren to live in a world where animals like elephants and rhinos exist only in zoos.

One of the aims of the ZSL symposium was to produce an action plan to feed into another gathering which took place in London on 13 February at Lancaster House. This was a meeting of global leaders, hosted by the UK’s foreign secretary, William Hague, which sought to reach an international agreement on how the trade in endangered species could be undermined.

Opening the conference at a reception at the Natural History Museum on 12 February, Hague made a speech that contained a number of references to how imperative it was for today’s politicians to do something to preserve endangered species so that future generations would have the chance to appreciate them:

“We can all imagine how history would judge us, and what future generations would say or feel about us, if we did not act now to protect some of the greatest creatures that share the planet with us…If we all commit ourselves to this task, we will be able to look back years from now and know that when these animals were on the path to extinction, we intervened decisively to save them, for the benefit of our own and future generations…I intend to support that effort for the long term, and thank you all for coming tonight and for the part that I know that you will play in saving the world’s most iconic animals, for their future and for the future of all humanity.”

The conference concluded with the signing of a new “London Declaration” which was signed by 46 countries and 11 different UN organisations. It included the following pledges:

Will it protect endangered species for future generations?

Although it is clearly a step in the right direction, the London Declaration is only the first move in what will be a long campaign to halt the trade in endangered species.

As an article by Rebecca Morelle, a science reporter for the BBC World Service, made clear in the run-up to the conference, the people trying to undermine the trade face a pair of significant obstacles.

Firstly, there is growing evidence that major criminal syndicates are increasingly becoming involved with the trade in endangered species, as it often offers them greater financial returns and less risk of punishment than more conventional organised crimes, such as drug trafficking. These organisations are wealthy, well-armed and powerful enough to be more than a match for the forces which are trying to stop them in some of the poorest countries of the world.

Secondly, demand for products taken from endangered animals, such as ivory, appears to be rocketing, creating a much bigger and more profitable market for the criminals to serve. Dr John Robertson, director of the Wildlife Conservation Society, puts this down to “the increased affluence in the Far East, especially in China” where there are widespread beliefs about the supposed medicinal benefits of substances such as rhino horn, and objects like tiger pelts are treated as status symbols.

Defeating these two forces will be a long drawn-out battle involving not just international law enforcement, but also education campaigns to change attitudes. The London Declaration is an important step, but there is a still a long way to go if we want to preserve these animals so they might continue to share the planet with future generations.