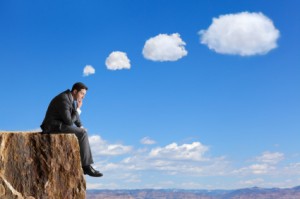 The British welfare state as we know it is clearly in trouble. In the short term, the recession – and the prolonged government austerity drive which it gave birth to – have led to swingeing cuts during the current parliament. More could be on the way too, as Chancellor George Osborne has recently announced that another £25 billion in public spending cuts will be on the cards if the Conservatives are returned to power following the 2015 general election.

Over the longer term, the gradual ageing of the population will lead to vastly increased demands being placed on welfare benefits for pensioners, as well as on the NHS and long-term care. The challenge of trying to preserve Britain’s welfare state in the face of these two obstacles will be one of the great public policy conundrums over the coming decades.

Without a doubt, in order to meet this challenge policy-makers are going to have to come up with innovative (and possibly controversial) new ideas for reforming Britain’s public services. Two high-profile think tanks have recently published their own ideas for reforms that would lead to radical changes to both state pensions and healthcare, which they believe will be necessary to deal with the challenges ahead. So, what suggestions have they come up with?

One of the parts of the British welfare state which is forecast to come under the greatest pressure from an ageing population is the NHS. The growing number of older people is very likely to lead to a vast increase in the number of patients who are living with multiple complex medical conditions that are expensive to manage and treat.

So far, the Coalition has “ring-fenced” total expenditure on the NHS, although as its budget has been frozen rather than rising in line with inflation this has still meant that the health service has effectively had to deal with a real-terms cut in its budget in each of the last few years, during a period when demand on the system has been rising. Older people are responsible for much of the demand which is placed on the health system; according to the charity Care and Repair England, 40% of the total NHS budget is spent on the over-65s, and on any given day members of this age group are responsible for occupying 65% of the total number of hospital beds.

How can we continue to fund the NHS as the population ages? The Institute for Public Policy Research has suggested in their recent report Taxing times: where might additional tax revenues be found? that a specific tax could be introduced which would pay directly for the health service, rather than healthcare funding coming out of general taxation as happens at present.

The goal of their proposal would be to make it very clear to the voting public where the money which funds the NHS comes from, which they hope would lead to a better-informed national debate about how much we ought to spend on healthcare. They propose that the government could ask the OBR to project the likely amount of additional tax revenue which would be required to fund the NHS to its present level of performance as the population ages over the next several decades, which would enable the government to draw a direct relationship between future tax rises and protecting the NHS.

Unfortunately, although greater openness in public spending is generally seen as a good thing for voters, it seems unlikely that any government would want to pursue this policy because it would reduce the degree of flexibility which they have to adjust NHS funding and alter the tax system. By itself, this proposal wouldn’t actually inject any new money into the system either; the politicians would still need to decide which taxes to increase in order to pay for higher healthcare spending.

This raises the interesting question of whether tax rises should be designed in such a way that pensioner households would end up contributing more into the system, as they would be the biggest beneficiaries of higher NHS funding. The Institute for Fiscal Studies has previously written a report (Pensioners and the tax and benefit system) which suggested that possible reforms to achieve this aim could include levying National Insurance contributions on people who work beyond state pension age (who are currently exempt), or reducing the tax relief on private pension lump-sums which seems to unfairly benefit richer pensioners.

An even more radical proposal was recently launched by the Institute for Economic Affairs (IEA), who argue in their new report Income from Work – The Fourth Pillar of Income Provision in Old Age that the state pension encourages workers to retire earlier from the workforce, and acts as a disincentive to people remaining in the workforce after state pension age.

In order to increase rates of labour force participation among older people, the IEA proposes that the state pension – along with all over forms of government support for the elderly, such as the free bus pass and the winter fuel allowance – ought to become means-tested, so that we can move away from a system where benefit eligibility is based on age to one where it has a closer relationship with need. They also argue that the state pension age should be raised much more quickly than under the government’s current plans, so that it would hit 68 within the next decade.

They would compensate for the withdrawal of the state pension with an Australian-style system of mandatory private pension saving, under which all individuals would be compelled by law to pay a certain proportion of their earnings into a funded personal pension scheme which would then provide them with an income in retirement. The authors argue that this would give individuals greater control over when they retire, while giving many people an incentive to carry on working for longer.

This idea seems to have worked quite successfully in Australia, where these personal private pension funds are now well-established. Although the strength of feeling which surrounds the state pension in Britain seems to augur against these type of policies being introduced here, it isn’t beyond the bounds of possibility that the NEST scheme could one day develop into something similar to what they have in Australia, or that we could start having a debate on whether people with especially generous private pensions should still receive so much help from the state.

Perhaps what these proposals demonstrate most of all is that many parts of Britain’s welfare state will need to be reformed if we are going to rein in costs as the population ages – but the biggest question of all is whether the politicians will have the nerve to be bold enough to see any of these reforms through.