David Kingman reports on the latest pieces of research from the think tank Reform, which models how population ageing will affect the government’s tax income 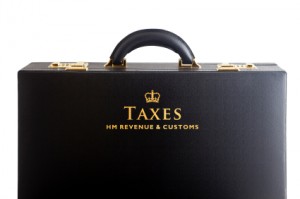 Economic debates over population ageing usually only look at how much it will affect government spending, especially in terms of pensions and healthcare. However, because the burden of taxation falls differently on people who belong to different age groups, ageing will also have an impact on how much money the government receives in income.

This dimension of the ageing debate has received far less attention over recent years, even though it raises lots of interesting questions. However, a new report from the think tank Reform has sought to fill in this gap by analysing what effect the ageing of Britain’s population is likely to have on government revenues, and suggesting policies which could help make the tax system fairer and more efficient at the same time as it confronts this challenge.

The report, which came out on Wednesday 27 November, is called Mind the (fiscal) gap: direct taxes, public debt and population ageing. It makes a number of key observations about the impacts of ageing on the UK tax base,which are summarised below:

Reform argues that this situation is intergenerationally unfair, and calls for the tax system to be redesigned according to a “broad base, low rate” approach, where more of the wealthy members of the older generation are brought into the tax system in order to reduce the burden on younger workers.

The report’s authors have two main recommendations for specific reforms which could help to achieve this goal. Firstly, they estimate that removing the exemption which is currently given to people above state pension age from paying National Insurance contributions could raise £735 million per year while only affecting the wealthiest 6.35% of over-65s. Secondly, they argue that the current arrangements surrounding tax relief on private pension saving are inefficient, particularly as they are very expensive while mainly benefiting the wealthier members of society. However, they argue that any such reforms to tax relief would need to be very carefully designed, as pension tax relief mainly benefits today’s workers rather than current pensioners.

Overall, Reform’s report makes an interesting contribution to the debate, and shows that as Britain deals with population ageing, the costs in terms of lost taxation need to be looked at just as closely as the difficult spending decisions that Britain will also have to face.