At universities across Germany, many students are benefitting from cheap accommodation offered by elderly homeowners in exchange for some help around the house. Antony Mason asks if this could work in the UK 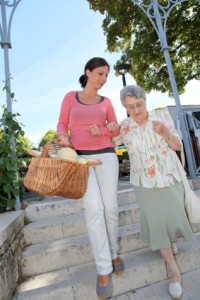 “No room for graduates as London rents soar,” reported Sarah O’Connor in the Financial Times on 20 November 2013, spotlighting the collateral damage on the private rented sector caused by ever-increasing property values. A parallel problem is hitting students too: rents are being ratcheted upwards, adding to the financial burdens of students already having to fork out £9,000 a year for their tuition fees.

In Germany they have scheme called “Wohnen für Hilfe” – literally “Accommodation [in return] for Help”. Essentially, homeowners with some spare space – often elderly single people – offer rooms at low cost to students in return for some domestic chores. It is not exclusively for students, but the scheme has been particularly successful in university towns.

The student services website for Freiburg, for instance, has this Wohnen für Hilfe page (in English), which explains the system.

Here’s how they describe it:

“On one side: Many elderly people have large apartments, which they would rather not give up for smaller alternatives. Naturally, the large apartments often become too much work for elderly people to manage. Small chores such as shopping, gardening, taking the rubbish out, general lifting and walking the dog could make the elderly Freiburgers’ lives easier! Families and professionals could also use a little help from time to time.

“On the other side: There are many students looking for accommodation in Freiburg who would be willing to carry out small chores. Especially when they can save a bit of money on rent!

“Why not bring these two groups together?!”

It adds, in the public-spirited vein of the enterprise: “Student Services provide this accommodation service free of charge!”

In an article of 9 July 2013, entitled “Model for living: Wohnen für Hilfe – Students and Seniors under one roof”, the website of Sozialverband VdK lists 21 university towns where the system in up and running. The guidelines suggest one hour’s help per month for every square metre of accommodation: so for a room of 15 square metres, the student would undertake to do 15 hours of help.

There is a UK equivalent, generally called “Homeshare”, although it is not so directly linked with universities, and the emphasis tends to be primarily on the benefits to elderly homeowners rather than the cost-cutting tenant. The enterprise called Homeshare has a dedicated website that describes the system.

The website of another organisation called Care2Stay has a video excerpt from a BBC3 programme which very succinctly summarises the pros and cons of such arrangements.

The Intergenerational Foundation has been aware of Homeshare and parallel organisations for some time. For some reason these schemes do not seem to have gained the momentum that “Wohnen für Hilfe” has apparently acquired in Germany.

Is that for cultural reasons, relating to habits and expectations of rented accommodation, or to intergenerational relationships in the UK in general? Certainly making the right matches between homeowner and tenants requires skill, trust and tolerance which are not easy to legislate for.

So the German system would appear to offer some valuable lessons for this alternative way of approaching the rental market – and of promoting the mutual benefits of intergenerational living.