Dr Marco Morosini, of the Swiss Federal Institute of Technology, Zürich, comments on the soaring trend towards gerontocracy in ageing societies and especially in Italy, and its impact on society as a whole. The imbalance of power demands reforms to the voting age, or risks destabilisation that could affect all of Europe 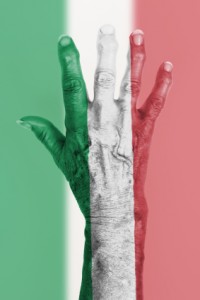 In the midst of its deepest depression since 1861, “the most dangerous economy in the world” (Time magazine) struggles through its 62nd government in 68 years: ungovernable, economically depressed and a threat to Europe. The two key politicians in the Italian drama are the President of the Republic Giorgio Napolitano, 88 years old, and the former Prime Minister (and convicted criminal) Silvio Berlusconi, 77.

Gerontocracy is a soaring trend in most rich countries. From 1990 to 2005, the age of the average OECD median voter increased three times faster than in the preceding 30 years. In many countries, over half of voters are, or soon will be, aged 50 and more. This trend toward gerontocracy is confirmed by the 2013 Intergenerational Justice Index (IJI) that follows public debt per child, youth poverty, social spending per capita for the elderly and the per capita ecological footprint. Most OECD countries enjoy their prosperity at the considerable expense of their children and future generations, say the IJI authors.

Countries with aging elites would profit from a closer look at Italy, which hosts the third oldest population in the world. This, abetted by archaic electoral legislation, ensures that both parliament and the government have been for long dominated by elders. Among the 29 OECD countries assessed, Italy is 27th in both its overall IJI rating  and imbalance of social spending: seven times higher for the older population than for the remaining population, compared to three times in many nations. Further, it’s crippled by the fifth highest poverty rate for young people. Public debt per child is €220,000, the second highest in the OECD.

The Centro Europa Ricerche says the decline in Italian per capita income since 2007 is greater than during its two worst depressions of 1866-1871 and 1929-1935. A growing proportion of tax income is allocated to servicing the soaring state debt (133% of GDP), as productivity has faltered for a decade, GDP has shrunk for six years, and the black economy and tax evasion compose an unsustainable 20% of GDP. Meanwhile, inequality, poverty and unemployment (12%), continue to grow, and tens of thousands of young graduates are forced to emigrate each year.

Pensioners’ trade unions and parties over-represent the interests of the elderly, most of whose assets can be attributed to the decades of rapid economic growth after WWII. This is certainly beyond what many Italian youth can expect, as they currently endure job insecurity, low wages, unemployment and declining GDP. “With an average age of 59 years, the Italian men in power are the oldest in Europe”, says a report by the University of Calabria. Accordingly, the average age of university professors is 63, with bankers and bishops at 67, while during the last three elections before 2013, only 2 of 2,500 Members of Parliament were aged below 30.

Finally elderly Italians have a level of education that does not match the favourable positions they occupy in society. In the OECD Programme for the International Assessment of Adult Competencies (PIACC, 2013) Italy ranks last of 24 OECD countries assessed. Italy is one of the industrial countries with the lowest rate of schooling and of graduates. This gap is even greater for older Italians, who were young at a time when few used to have access to higher education.

Italy is the only country where citizens have to wait until the age of 25 to achieve full political rights: the government is thereby determined by the oldest portion of the population. While the worldwide voting age averages 18, for the Senate in Italy it’s 25. Of the 50 million citizens aged 18 and older who are allowed to vote for the Chamber of Deputies, 4.3 million (8%) may not vote for the Senate, whose vote of confidence is mandatory for any government. Thus, in the February elections that produced a government composed of left, right and centre parties, had 18 to 24 year olds been allowed a Senate vote, Italy would probably now have a more equal political majority in both chambers and a more stable government.

As youth unemployment reaches 40%, it’s ironic that those most affected by present joblessness are not allowed to elect all of the representatives and determine the government. Nowadays, most decision-makers neglect the long-term impact of their decisions, making choices that maximise short-term benefits and causing many to advocate more political influence for the young. The Foundation for the Rights of Future Generations and other organisations and parties  advocate the vote for children. Other organisations and political writers are in favour of the right to vote at age 16, as in Brazil and Austria.

Decades of gerontocracy have served to cripple the capacity for Italian innovation, competitiveness and generational renewal. The voting age should be lowered from 25 to 18, to the benefit of both political stability and intergenerational justice.

The destabilisation of the whole of Europe, resulting from a major crisis in Italy, would be far less likely.