The first report from the Commission on Social Mobility and Child Poverty, chaired by former Labour MP Alan Milburn, has suggested that pensioners should be asked to do their bit for austerity, reports David Kingman 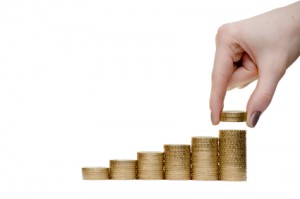 Pensioners have been sheltered disproportionately by the Coalition from the costs of austerity, meaning that too high a burden has fallen upon families of working age and children, according to the government’s Commission on Social Mobility and Child Poverty as it published the first of what are expected to be annual reports on 17 October.

The report provides a broad overview of all the areas of public policy which the Commission believes have a bearing on social mobility and peoples’ life chances, including schools, employment, the welfare system and the mechanisms which are in place to guide young people through the important transitions between youth and adulthood (such as careers advice services).

Although the report is mainly concerned with barriers affecting social mobility – how easy it is for people to cross the divide between rich and poor – the Commission has identified a number of areas in which this overlaps with intergenerational issues as well.

In particular, it explicitly argues that the Coalition government’s cuts to public expenditure have been intergenerationally unfair: “pensioners have been protected but families with children (32 per cent of working-age families) bear half the cost of tax and benefit changes and almost two-thirds of spending cuts.”

On employment, although the labour market has remained resilient throughout the recession, with relatively low levels of overall unemployment compared to previous downturns, the Commission argues that “older workers have benefited most, younger workers least. Numbers of young people unemployed for two years or more are at a 20-year high and the UK Government has been too slow to act.”

More broadly, the report recognises that Britain faces a raft of serious challenges if we are going to deal effectively with the problems of child poverty and poor social mobility. These would be difficult enough to deal with on their own, yet Britain also faces an outlook of poor economic growth during the years ahead and the rising costs of an ageing population. The report’s authors make it clear that this will create difficult dilemmas for policy-makers to resolve:

“The problem is that working age and children’s spending are going to be in competition with the rising costs of an ageing society. In recent years, ministers have chosen to favour the latter over the former, for perhaps obvious political reasons. Figures in this report suggest that state pension costs are going up by 17.5 per cent during the course of this Parliament, £13 billion in 2013/14 prices, a sum equivalent to more than half of the savings from welfare reform made to 2014/15. We do not believe that favouring pensioners over their children and grandchildren will be a sustainable position over the long-term if a meaningful dent is to be made in the UK’s high levels of child poverty and low levels of social mobility.”

The recommendations in the Commission’s report have received a somewhat mixed reaction from the politicians, with Nick Clegg (writing in the Telegraph) arguing that “punishing pensioners isn’t going to help a single child achieve more in life.” A cynic could say that this sounds like a deliberate over-simplification of the report’s much more nuanced argument in favour of taxing pensioners, which perhaps relates back to the political considerations referred to in the paragraph above.

Overall, the Coalition government does appear to be taking the issue of social mobility seriously, as evinced by the significant amount of attention it has given to school reform. Yet the report emphasises that declining levels of social mobility have been the result of a number of very complex factors which will take a major programme of concerted action to address.

Most strikingly, the report argues that declining levels of social mobility are increasingly becoming a problem for middle-class families as well as the worst-off within society, as the long-term bifurcation of the labour market between a highly-skilled, well-paid elite at the top and large numbers of people who are trapped in poorly paid, unstable occupations at the bottom continues to sharpen. This is exacerbated by the increased importance in today’s economy of attending a good school, going to university and being able to complete unpaid internships in order to access most of the best-paid professions, which makes them less accessible to people who don’t have these advantages.

Fortunately, some MPs do seem to be aware of the scale of these problems and have an interest in doing something about them. Speaking to the Press Association, Labour MP Frank Field said the following:

“When I left university I expected to get a job, be a member of a generous pension scheme, acquire savings and buy at least one home. The young people working with me know they’re lucky if they’re able to achieve just one of these objectives.

To say that today’s children and young people will gain far less material possessions than their parents is old hat. What we need to know is why there has been this huge shift in rewards and then do our best to counter them.”

The problem of addressing social mobility in Britain may appear daunting but, thanks to the Commission on Social Mobility and Child Poverty, at least we will now possess an annual update on how well the government is rising to the challenge of fixing it.