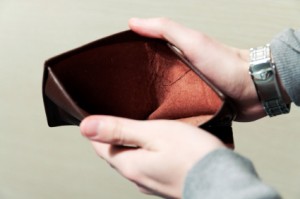 How many people actually pay attention to statistics? This was an interesting question raised by Bobby Duffy, the Managing Director of Public Affairs for the polling company Ipsos MORI, during the speech he gave at the recent intergenerational justice conference which IF co-organised in partnership with the University of York.

As someone who works with statistics every day, he made the argument that the majority of people are unmoved by statistical evidence, instead preferring to rely on their own preconceptions – often reinforced by the emotive messages they absorb from the media – to help shape their opinions about key issues in the world around them.

Unfortunately, one doesn’t have to search too far to find plenty of examples where this seems to be the case. An article in this week’s edition of The Economist provided a perfect one: it displayed a pair of charts side by side, the first of which showed that roughly 80% of Americans surveyed believed the number of gun crimes in America had either gone up or stayed the same over the past 20 years, while the second one displayed data showing the real answer, which is that the number of firearm-related homicides has actually almost halved over this period.

What does this have to do with intergenerational justice? It matters because if we are going to have a fair debate over any of the questions which intergenerational justice raises, we need accurate and up-to-date information. This brings us on to some new data on levels of poverty among different age groups, which some people may find hard to accept because what it shows conflicts with their prior assumptions.

What does the data show?

The new data comes from the Joseph Rowntree Foundation (JRF) and analyses how levels of poverty among different age groups in British society have changed over recent decades.

The first chart looks at poverty over the last fifty years. A household is defined as being in poverty if its income after housing costs is less than 60% of the median household income in a given year.

This chart contains two striking findings. Firstly, the overall number of households living in poverty has grown enormously. In 1961, 7 million households were classed as being in poverty; the figure for 2010 was almost double that, at 13.7 million. This implies there has been some kind of structural shift in the labour market which has trapped a much higher proportion of UK households into long-term low pay. The data shows that the most of this increase took place over a relatively short period during the mid-1980s, suggesting that de-industrialisation may well have played an important role.

The second finding that jumps out at you is that there has been a remarkable decline in levels of poverty among pensioner households. Throughout most of the period that the chart covers, until as recently as 1991, pensioners were the age group with the highest levels of poverty; however, the proportion of pensioner households living in poverty has fallen almost continuously ever since then, and since 2008 they are the age group that is least likely to be in this position.

The second chart compares the proportion of people among different age groups who were classed as living in poverty over two specific time periods, 1998/99–2000/01 and 2008/09–2010/11, in order to see how the balance shifted over this ten-year period. The statistics mirror the findings of the first chart: all of the age groups under 60 witnessed an increase in the proportion living in poverty (this was most dramatic among the younger age groups), while all of the age groups above 60 saw dramatic falls in poverty.

The contrast between the oldest and youngest age groups was especially stark. This comparison revealed that poverty levels among the under-25s rose by more than 5%, while the over-70s saw a fall of over 20%. This raises a number of important questions for public policy.

This new JRF data matters for two reasons. Firstly, as mentioned above, we need to know what is actually happening if we are going to have a proper national debate. This is especially important in the context of an age of austerity, when the government has to make lots of difficult choices about who should pay the costs of reducing Britain’s deficit.

All cuts have a distributional impact; they harm certain groups more than others. The JFR figures show that poverty levels have risen most significantly among children and working families with dependent children; and indeed Professor Jonathan Bradshaw, during a talk that he gave at the York conference, presented data which showed that most of the planned austerity measures will hit the incomes of working families with children hardest, while leaving pensioner households relatively untouched. The JFR data provides useful evidence that this is an unfair way to distribute the impacts of austerity, lending further weight to the argument that electoral, rather than economic, arithmetic has had the upper hand in the Coalition’s austerity plans.

Secondly, to return to the point made at the beginning of the article, data like this needs to be properly shared and absorbed if we want to create a climate in which a fair debate can flourish, without reverting to the old assumption that all pensioners are automatically poor, and so should be spared from the impacts of government cuts. Some of Bobby Duffy’s own recent research has shown that almost half of people polled who belong to Generation Y (those born between 1980 and 2000) think that increasing pensions should be the government’s first or second most important priority for increasing public expenditure; this came far ahead of their levels of support for working age benefits such as jobseeker’s allowance, despite the JRF figures suggesting that this would actually do more to combat poverty.

Perhaps the lesson to be taken from these figures is that those who care about spreading fairness between the generations need to do more to spread the real information, unless we want to allow politics to be chiefly informed by peoples’ prejudices and preconceptions.