Australia shares intergenerational issues with the rest of the world, but also has unique perspectives and solutions. Conrad Liveris, an Australian policy analyst, discusses how they’re staying on top of the issues. 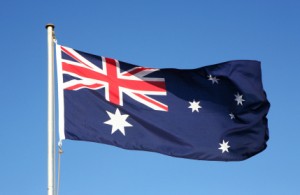 Australia is considered a good example of a country that is “on the ball” with long-term policy issues, thinking about retirement, workforce development, sovereign wealth funds and having a healthy public discussion around intergenerational issues. We’ve got to remember though, that these issues are not ours alone.

When looking closer at these issues it is easy to see that much of the work being done in Australia is outside of government – the media and private sector are more concerned than the politicians. Compared to the UK, Australia has a very small population for our geographical size (similar to the USA). This means that we need to be more conscious of public spending and managing our finances – Australia needs targeted services and efficiency above almost anything else.

The Australian Future Fund is an example of a high quality and well-developed sovereign wealth fund (SWF). This SWF was developed to meet the future needs of the Australian government, including a potential AU$7 billion in retirement payments each year. Aiming to hold AU$140 billion by 2020, the Fund retained government investment even during the fallout from the 2008 global financial crisis.

The issue with a SWF like Australia’s is that the outcomes are hard to judge – the wider Australian public won’t know the benefit of it, unless it didn’t exist. It is hard for governments to communicate the benefit of long-term policies.

All governments need to know how to engage the public; it is easy to think of this as big long-term policy beyond the reach of many – but everyone is the beneficiary, and everyone deserves appropriate knowledge.

Policy development in Australia around intergenerational issues generally takes a whole-of-government approach. We’re behind in releasing our fourth intergenerational report, which outlines the policies that we will need now and going forward to 2050–60 to remain stable and prosperous. If we don’t stay active in this area it will be easy to fall behind or, worse, forget.

As a 20-something, I might think that these issues are beyond me, but they’re about everything around me: the way my parents are going to retire, how I’ll remain employed, where I’ll live and what services I’ll be able to access from the government. This isn’t minute policy, but big picture ideas.

Australian politicians are conscious of the issues around an ageing Australia (what other country would have national and state ministers for: health, mental health, seniors, social services and families? All charged with long-term focuses). Intergenerational issues are also brought up with reference to border protection and foreign policy; it is almost confusing. My country is hung-up on the idea that we will be able to solve many intergenerational policies as they get closer, but it is enforced superannuation, floating the Australian currency, workplace deregulation and growing our interaction with Asia that will help us – these are the ideas that have existed for a long time and started to be enacted in the 1980s.

It is those involved on the side-lines in policy development that are making the real impact: the Business Council of Australia, the Grattan Institute and even organisations like St Vincent de Paul contribute to social policy. It’s the fusion and tension between interests from policy-makers, economic leaders and social service providers that give Australia the edge.

Having diversity in this debate is important; when talking about broad public policy it is easy to forget about the impacts on different communities. It is strong social and economic contributions that realign that to build quality and implementable public policy.

Australian politics is caught up with short-termism. Our politicians are focused on opinion polls and being seen to respond to the electorate’s wants. Beyond this, significant policy discussions still happen. We’re fortunate, if not lucky.

Intergenerational issues are a peripheral focus for Australians. There’s common knowledge of an ageing population and that this will stress government services and the economy, but there’s a lack of broad tangible knowledge and what the right thing to do is.

This means that if there is some community understanding, and that captains of industry and commerce can realise that we need to be conscious of our prosperity, then we should all take it seriously.

The UK has challenges of its own. They aren’t insurmountable, but they will be challenging.

The UK is better placed than Australia to deal with many issues: urban development, economic growth, and global strength. David Cameron is on a charge to see policy development become more collaborative and see Britain become more connected.

When we think about these issues we can’t always think in terms of how to overcome a policy issue, but we can try to model and decipher issues that do seem beyond us. Only because we’re largely not dealing with the now: it is about our children or grandchildren – and they tend to be what we hold to be most precious.

If we’re going to deal with the decline of baby boomers, and a distinct change in population and their capacity, these aren’t issues that we can overcome ourselves – but things we can share. It will be transnational collaboration on discrete policy areas that will have the biggest impact.