Matt Hitchens examines one of the Coalition’s most controversial policies, and asks whether one prominent voice was right to raise ethical concerns… 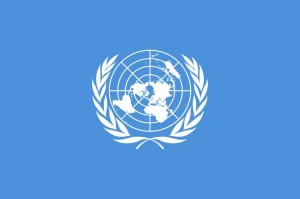 Raquel Rolnik has caused a furore this week, with her strong criticism of the bedroom tax. Rolnik is the UN Special Rapporteur on Adequate Housing, and as such visits countries around the world to assess the supply of housing in each country. Specifically, her job is to determine whether the housing policy of any government contradicts the ‘right to adequate housing’, as expressed in the Universal Declaration of Human Rights.

She believes that the so-called ‘bedroom tax’ on tenants in the social rented sector (which the Coalition calls the ‘spare room subsidy’) violates the right to adequate housing, as she has come across numerous people who have been, in her view, unjustly effected by the policy, such as “grand-mothers [sic] who are carers for their families”, and has heard “dramatic testimonies from people with disabilities”. Thus, on a human rights basis, she has called for the policy to be abandoned.

This has caused outrage amongst the political establishment (almost solely from the Conservative right). Grant Shapps called her statement “an outrage”, and claims he has submitted a formal complaint to Ban Ki-moon, the UN Secretary General. Stewart Jackson went further, calling Rolnik a “loopy Brazilian leftie with no evidence masquerading as a serious UN official”. Taking an interesting angle on the story, the Daily Mail ran an article in which it accused the UN Special Rapporteur of being a witch. Generally, most of this outrage focussed on the fact that she had claimed the policy was leading to human rights violations.

The real victims of the Bedroom Tax

The bedroom tax, to use its unofficial name, is a change to the benefit system designed to both cut the welfare budget and to encourage more efficient use of the social housing stock. It removes a subsidy that council house residents were getting for spare rooms in their properties, which was not available to those in privately rented accommodation (for a more detailed explanation, Shelter has some great information). In so doing, it aims to nudge under-occupiers into smaller, more appropriate accommodation, and thus make better use of the housing currently in service.

The key point about this policy from an intergenerational perspective is that pensioners are excluded. Pensioners will continue to receive the subsidy for each spare room in their council accommodation. But retirees are the group most likely to have spare rooms! Thus, as Angus Hanton put it on BBC Radio 4’s You and Yours programme this week, the government “has missed the goal”, excluding the group that are the worst offenders.

And who pays the price? Who pays the taxes to keep up the spare room subsidy, and struggles to find space for their family in social housing because it is taken up by an elderly person? Younger generations, of course. The welfare budget is barely reduced, as the elderly are still receiving these subsidies, and the tax bill has to be footed by the income-earning young, in addition to the bedroom taxes they have to pay.

However, it is interesting to note that Rolnik was criticising the Bedroom Tax on ethical, rather than practical, grounds -he believes the this policy violates a human right. Most people, I think, would accept that a human rights violation is appropriate grounds for opposing a government policy. But questions remain: one, on a practical level, whether the bedroom tax does in fact violate human rights; and two, what constitutes a human right. The first question is complex, unclear and widely subjective – the second offers a more interesting avenue of exploration.

What makes a human right? The answer isn’t obvious. Many of us have instinctive beliefs about what is a right and what isn’t – generally, most believe in the right to life. Most would also, if pushed, be able to arrive at a hierarchy of rights as well – the right to life coming ahead of the right to free association, for example. But a hierarchy of rights implies that, if one were in direct opposition to the other, it would be right (no pun intended) to violate one right in favour of another, more important right. So rights are not simply rights, inviolable, sacrosanct; they are ideals for which we believe we must strive, while acknowledging that sometimes they have to be sacrificed.

The current system of human rights is an intergenerational one, just like constitutional government – one generation binds future generations to the principles it believes should be upheld throughout the world. When future generations agree, that is fine, even good – the appeal to precedent is an emotive argument. But the question changes when, as perhaps is happening now, current generations disagree with the decisions of their predecessors. Should we be allowed, as the Conservative party seems to suggest, to pick and choose which edicts from the past we abide by? One parliament cannot bind a future parliament, but does (or should) one generation have the right to bind a future generation?

The bedroom tax is intergenerationally unfair – that is obvious. With pensioners exempt, the entire burden of the tax falls on the young, meaning they are paying to enable older people to under-occupy Britain’s limited stock of social housing. When housing supplies are this low subsidising spare rooms should not be top of the government’s priorities.

But is the idea of human rights intergenerationally sound? Do we have the right, or perhaps the responsibility, to provide future generations with instructions on how to govern themselves? In some cases this works – this blogger believes that the UN Declaration of Human Rights is one such example, in which responsible parties got together to issue a set of international, and intertemporal, guidelines on the rights to which they believe everyone is entitled. But this is not always the case: the reverence for the US Constitution, for example, in which the views of the past are virtually set in stone, can have its disadvantages (the arguments about gun control spring to mind). We need strong intergenerational support; but to some extent each generation needs to be allowed to come up with its own rules.