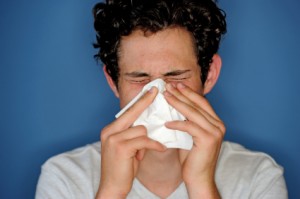 Despite some recent successes in tackling the issue, Britain still has a substantial problem with high youth unemployment. According to statistics from the House of Commons Library, during the period between February and April 2013 there were almost a million people (950,000) aged 16–24 who were officially counted as being unemployed, which is almost 20% of this age group.

The figures look even worse if all young people who are economically inactive are included. In total, 1.65 million 18–24 year olds were classed as NEET (Not in Employment, Education or Training). Fortunately, the number of unemployed young people appears to be heading in the right direction (unemployment among 16–24 year olds was 1.2% higher twelve months before), but the gains which have been achieved in tackling it are still pretty small compared to the scale of the overall problem.

Meanwhile, there is growing evidence that youth unemployment is bad for the nation’s health. Is the health of unemployed young people set to become another casualty of the recession?

“Young people have been hardest hit”

According to the BBC, research by Sheffield University shows that people who work are likely to get over bouts of illness more quickly and have only half the likelihood of dying early compared to those who are out of work.

Unemployment can have a direct impact on mental health. The unemployed are more likely to suffer from depression and other mental health problems, and there is a much higher rate of suicide.

However, what might be slightly less expected are the physical costs. Unemployed people suffer from higher levels of stress on average, which is linked to higher blood pressure. They may also suffer from having a more sedentary lifestyle and have fewer opportunities to exercise.

An article in the Guardian last year provides an account of life on unemployment benefits for a man who has only £20 per week left to spend on food and basic necessities once his other bills have been taken care of. It’s easy to see how such tight budgeting makes it difficult to maintain a healthy diet, which is likely to lead to health problems later on.

Prof John Ashton, the president of the Faculty for Public Health, told the BBC that he is especially concerned about the likely impacts that the recession will have on young peoples’ health:

“Young people have been the hardest hit this time. We have to do something about it – and that means investing in education to give people the opportunities they need.”

He argues that the combination of high unemployment, high levels of obesity and the housing crisis means today’s young people have been hit by a “triple whammy” of health hazards. The consequences of this could potentially be dire for young peoples’ health.

“This could be the generation when life expectancy starts to reverse. Young people could die younger than those who survived World War II, unless we do more to tackle the causes of austerity and poor health.”

Unfortunately, the impacts of the recession on young peoples’ health could be exacerbated by cutbacks to vital services, such as crisis intervention teams who deal with mental health problems.

Despite its budget being “ring-fenced”, the NHS is also having to try to find significant savings because demand is rising faster than the funding which is available to pay for it. This too is likely to lead to cutbacks for non-emergency services and programmes for dealing with problems which aren’t considered to be life-threatening, even if this could end up costing the NHS more in the long run.

Education has a role to play, as Prof Ashton suggests, not just in equipping our youngsters with the skills they need to find work in the first place, but also in teaching them more about coping strategies, which can make them deal more resiliently with being unemployed as well as help with practical issues such as how to eat more healthily on a tight budget.

Ultimately, we all know that Britain’s population is getting older, which is going to put more and more strain on the health service in the years ahead. Investing some money now in addressing the health problems of young people may seem like something we can’t afford in the present climate, but it could pay off one day if it helps keep these people healthy in the future, when the squeeze on NHS resources will have really begun in earnest.