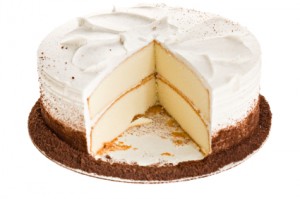 Do gains for one generation come at the expense of others? This question emerged as one of the main themes when IF co-founders Angus Hanton and Ed Howker appeared as expert witnesses on last Wednesday’s edition of Moral Maze on BBC4, for a debate over whether the baby boomer generation have stolen their children’s inheritance.

Speaking against this proposition were Ros Altman, the former Director-General of Saga, and Stuart Prebble, the producer of the “Grumpy Old Men” TV series and books. As is the usual format of the show, the four witnesses provided their views and expertise on the issue under discussion while being questioned by a panel which consisted of Anne McElvoy, Giles Fraser, Matthew Taylor and Melanie Phillips, who then debated the points which had been raised among themselves.

The event was chaired by Michael Buerk, and is available on BBC iPlayer (for an unspecified length of time):

The most common analogy for this is to do with cake: if everyone wants to eat as much cake as possible, then giving one person a larger slice means that the other people must take a smaller slice. In effect, there are direct winners and losers, privileging one person over others.

The acquisition which was levelled against intergenerational justice, as a concept, during Moral Maze was that its proponents were portraying society as a zero-sum game in which the advantages enjoyed by the older generation directly correlated with the disadvantages suffered by the younger generation. The people who made this accusation argued that what’s really happened is that young and old have both been affected by a range of broader issues which are beyond their control, such as the recession and bad political decisions, so the old are not directly to blame for the young’s misfortunes.

The reason why this is an issue is because of culpability; if the old are directly responsible for problems affecting the young then it would justify targeting them as part of redressing the situation.

So is it fair to say that intergenerational fairness makes a zero-sum argument, pitting the old against the young? Not necessarily. The overall picture is much more complicated than this would suggest.

The most important point to emphasize here is that neither the old nor the young are a homogenous group. They both consist of different segments, some of whom are advantaged or disadvantaged depending on the particular policy which under consideration. If we try to balance the needs of both the younger and older generation, as well as future generations who have not yet been born, then the picture becomes even more complicated.

For example, pursuing austerity in order to reduce the national debt is likely to hurt both older and younger cohorts at the same time in different ways (although evidence suggests the cuts are hitting young people hardest). Neither generation has emerged as either a clear winner or loser from the Coalition Government’s cutbacks. Even if today’s younger people are suffering disproportionately, they should be the ones who benefit from having a lower debt when they themselves are older – plus, having a smaller national debt will be in the interest of unborn future generations, even if to some extent this outcome is achieved at the expense of today’s young people.

However, although the situation is economically and philosophically more complicated than simplistic arguments about young versus old would suggest, there is one narrow area where the cake analogy does seem more fitting: current public spending.

As explained above, the idea behind austerity is not necessarily about young versus old, and may even be good for young people in the long term. However, on a year by year basis – in a context where overall government expenditure is falling – choosing to spend more on something must equate to spending less on other things. Therefore, you can trace a direct relationship between the heavier cuts which have been borne by services affecting young people and the way in which the older generation have largely been sheltered from cuts, especially in terms of pensioner benefits and spending on healthcare.

This is a point emphasised by the chief economist of HSBC, Stephen King, in his recent book When the Money Runs Out:The End of Western Affluence (Yale University Press, 2013). He makes the argument that, throughout history, economic problems have always sharpened the level of discord within society as they bring the different groups into greater conflict over who should get the more generous slices of a diminishing cake.

King says that one of the major conflicts he can foresee over the coming years will involve the older generation fighting to retain its benefits as they come under attack from the overall shrinking of the state – so expect the debates about old versus young only to intensify in the near future, even if this doesn’t provide a full picture of what intergenerational justice is really about.