Following the recent spending review, David Kingman asks whether we can ever make a serious dent in the national debt if we don’t get on top of pensioner benefits 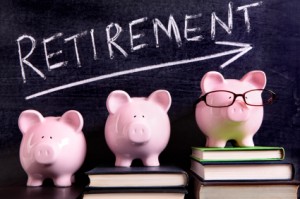 Last week saw the unveiling of the latest round of public spending cuts by Chancellor George Osborne, which confirmed that the Coalition Government’s austerity programme will continue until at least 2015–16.

A brief summary of the specific cuts he announced can be found here. In truth, despite attracting plenty of attention, these cuts were relatively small beer as a proportion of total government expenditure, amounting to just £11.5 billion. Most commentators were more interested in the politics which surrounded Osborne’s announcement, particularly whether Labour would confirm (which they later did) that they intend to match these spending plans should they win the next general election in 2015.

The politics of these cuts were also interesting in a different sense, with regard to the things which were never on the table because they have been “ring-fenced”. In terms of the electoral calculation behind ring-fencing, the grey vote appears to once again be making its influence felt.

Rod for Osborne’s back

IF has argued previously that neither party is being honest with the electorate about the scale of the cuts which will be needed if the national debt is ever to be brought back under control.

Little attention has been paid to the fact that spending reviews only cover one type of government expenditure – so-called “Departmental Expenditure Limits” – which are the annual budgets that get allocated to each of the different departments. It completely ignores the other kind of expenditure, which is known as “Annually Managed Expenditure” – this essentially covers things where there is no real spending limit because how much the government has to spend is determined by entitlements or liabilities, such as debt interest and pension payments.

Clearly, this is a headache for George Osborne. Yet the Coalition Government has also produced a rod for its own back by ring-fencing spending on several extremely important categories of government expenditure, including schools, the NHS and overseas aid. David Cameron has also repeatedly pledged not to cut welfare benefits for pensioners during the current parliament, so in effect these have been ring-fenced too.

There are good arguments in favour of protecting all of these things. Yet the problem for the government is that the items which have been ring-fenced add up to an extremely large amount of government spending – almost 60%. This means that a highly disproportionate burden has fallen on those departments which are not ring-fenced, such as the Foreign Office, Transport and Culture, Media and Sport.

It also means that George Osborne is effectively only able to pursue an austerity agenda against roughly a quarter of total government spending – so in the future, something will almost certainly have to give.

It appears increasingly likely that at some point, once all the relatively easy targets for austerity have been trimmed down to the bone, the government will only be able to get control of the national debt by radically reducing spending in some of these really key areas.

It will be in the UK’s national interest, and in the interests of democracy more generally, if this is accompanied by a proper national conversation about how the pain that comes with downsizing government ought to be divided up.

The BBC published some interesting statistics this week from the Institute of Fiscal Studies, which presented the four major drivers of public spending growth in the long term.

The future of the NHS looks like it will be fraught with controversy over rising demand and the limited resources which exist to service it. Not just the ageing population, but a range of other pressures too – obesity, diabetes, high birth-rates, new technologies – all point to more and more expense, which will doubtless engender a debate over whether we can still afford for all services to remain free at the point of use.

Pensioner benefits look set to become even more of a battleground. George Osborne did announce that pensioner benefits, with the exception of the basic state pension, would be included in the new “welfare cap”, which has been designed to limit the amount (in cash terms) which the government can spend on welfare during each parliament. However, it remains to be seen how this will work in practice, especially since the vision which he laid out for the welfare cap didn’t suggest it will have much in the way to teeth to force future governments to obey it.

Already, there have been accusations that this will prove meaningless unless pensioner benefits are included. What seems certain is that if we don’t find some way of limiting the growth in expenditure on pensioner benefits, future generations will have to grapple with vast cuts to other areas of public spending.

Unless our national pie starts getting bigger again, then the wars over who gets to enjoy the larger slices are only just beginning.