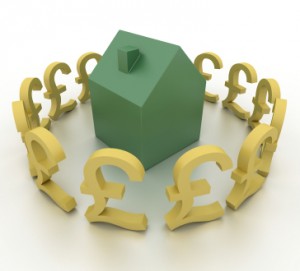 The majority of young people in Britain still dream of being able to own their own home. At least, this is according to the results of a survey of 8,051 current non-homeowners aged between 20 and 45 released last week by the Halifax, which found that 79% of the people they interviewed desired to become homeowners one day.

The report, which had in its title the “Generation Rent” moniker that has been applied to this age group, found that many young people still regard homeownership as hugely significant. The reasons behind this were very interesting: 47% said that they thought it was important to own a home for bringing up children, while 57% said that they were worried they would be unable to retire if they didn’t own their own property, and roughly a similar proportion claimed that they never felt able to properly settle into somewhere which was rented.

The diverse reasons which young people gave for wanting to own their own homes implies that there are a range of different motivations among this age group, which can vary between the familial, the financial and the psychological.

Worryingly, the main emphasis of Generation Rent: A Society Divided was on the scale of the barriers which now face young people who dream of becoming owner-occupiers, and how these can discourage them. According to the Halifax, the average first-time buyer needed a deposit in the first quarter of 2013 of nearly £27,000, which is extremely high by historical standards.

Almost a third of the people they interviewed said that they wouldn’t be prepared to save for more than three years in order to fund a deposit, when in reality many would need to save for longer than this. Squeezed incomes among the younger generation are also making it much harder for many of them to save regardless of how enthusiastic they are about saving; 35% said that they are unable to save anything at all towards a deposit, and only 15% could put aside more than £50 a month.

One inevitable consequence of this has been a growing reliance upon the fabled “Bank of Mum and Dad” to assist first-time buyers with getting on the property ladder. The survey also spoke to over 1,000 parents of would-be first-time buyers, of whom nearly a third said that they had dipped into their savings in order to help their children fund a deposit.

It’s clearly only the lucky ones who are in a position where their parents are willing and able to help them out – at the other end of the scale, a fifth of the people surveyed said they had given up on the prospect of ever owning a home because of the financial challenge involved. We should probably all be more worried about this trend as a society, as access to property-ownership looks set to be determined by class even more strongly for the next generation than it has been in previous ones.

The grim picture painted by this report from Halifax was complemented by a new set of statistics from the housing charity Shelter, which emphasised how long young people will need to save in order to buy their own home.

In order to illustrate their point, they’ve made an online calculator which people can use by saying which postcode they live in, and whether they are saving by themselves or with a partner, and it will give an estimate of how long it will be before they can afford the deposit needed to buy a property in that same postcode given current prices and average income levels. Although it can only provide a very basic estimate which doesn’t take account of peoples’ individual circumstances, it does give a sharp reminder of how badly off young people are who dream of getting on the property ladder in Britain today.

Shelter have also produced national estimates of how long it will take different kinds of savers to afford a deposit using national averages. Across the nation, the average person saving on their own will now need to put money aside for 14 years before they can afford a house, while a couple who do their saving together will still need at least 12. This assumes they need to find a deposit worth 20% of the property’s value, although deposits can be even higher than this.

It’s also worth noting that the UK property market is so skewed by London and the South East that national averages never paint a very accurate picture. Astonishingly, Shelter estimates that someone saving on their own to buy a property in London would need to do so for nearly 30 years before they could afford the deposit, while a couple with children would take 20 years. By contrast, it can be as little as 9 years in the North East, the UK region which has the lowest house prices.

The BBC provided a case study of how this situation is affecting young families in the real world by interviewing a teacher from Brighton who is unable to afford to buy a property with her husband despite their having a combined income of almost £50,000 per year. With multiple demands on their disposable income, she puts the dilemma they feel they are faced by in stark terms:

“It is difficult to save while you are renting, so I think it’ll be one or the other: a flat or a family. If we want a family, we’ll have to give up the dream of owning a home.”

Between them, the Halifax and Shelter have painted a bleak picture of a future scenario in which the ability to own a house to raise children in is largely the preserve of those wealthy enough to receive parental assistance, while others are compelled to make very difficult choices between family happiness and financial security for their future. Is this the Britain we want to live in?