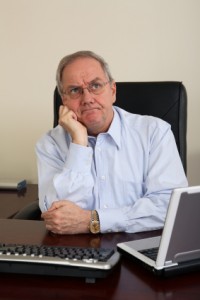 It seems no exaggeration to say that most of the developed world is currently engaged in a desperate struggle for growth. Ever since the Great Recession first began to draw blood in 2007, growth has remained sluggish across much of Europe and America, leading to pronounced anxiety about whether we will ever return to the type of buoyant economic expansion which characterised the preceding two decades, and causing dreaded expressions such as “double-dip” and “triple-dip” to become part of the common political vocabulary.

Pessimistic commentators have compounded this anxiety by suggesting all manner of potential barriers that may mean we never return to high growth, from the impacts of global warming to the increasing competition provided by China and other developing economies.

One factor which is often highlighted as a weakness is the poor demographic outlook of most mature economies, which are witnessing rapid population ageing because of decades of low birth rates. Unfortunately, some recent research suggests that population ageing may make it harder for developed countries to return to high growth rates, as population ageing is associated with low productivity growth.

In very simple terms, the rate of economic growth can be thought of as the combined effect of changes in three related factors: the labour force (the number of workers), the tools the workers have to work with, and productivity (how efficiently the workers can use these tools).

The crucial dilemma facing mature economies that have a poor demographic outlook is that if they are going to continue generating growth in the face of a stable or shrinking labour force (assuming they don’t allow mass-immigration), then the burden of achieving growth will fall much more heavily on the other two factors. In other words, in order to generate more growth from fewer workers these countries will have to invest a lot more money in giving their workers more sophisticated tools to work with, and improving the efficiency with which they are used.

Unfortunately, this is likely to be extremely challenging, according to some new research from the financial institution HSBC. This argues that productivity gains are harder to achieve if a country has an ageing workforce. This might seem unexpected, as you would imagine that workers would get better their jobs as they gain experience and receive more training.

However, there appears to be a point at which older workers start becoming less efficient overall than younger ones. Some studies indicate that cognitive abilities in areas such as motor-coordination and numeracy have declined on average once workers reach the 45-54 age range. Speed and problem-solving abilities in workers over the age of 50 also show declines, according to a study from the Max Planck Institute for Demographic Research which was published in 2003. There is also research which suggests that older workers are less enthusiastic adopters of new technologies than younger ones, and that this can have institutional impacts; companies with a higher share of workers over the age of 55 are less likely to adopt the latest technologies than ones with a higher share of workers under 30.

Also, it seems obvious that older workers are likely to encounter greater challenges than younger ones in performing highly physical jobs, such as labouring on farms or in factories, which you would expect would make them less efficient.

The HSBC research argues that the most important statistic for measuring likely gains in economic productivity in the future will be the ratio of workers aged 20-29 to those aged 55-75, which the authors dubbed the “grad-to-granny ratio”. The poor demographic outlook in mature economies is likely to result in later retirement ages and fewer young workers joining the economy at the bottom, so the overall workforce in these countries will be ageing and, according to this research, becoming less efficient.

By 2030 there are forecast to be only half as many grads as grannies in Western Europe as a whole, and fewer than that in Japan. Interestingly, Germany is in a worse position than Britain or France on this measure, while it also underscores the rapid ageing of China’s population, where the ratio will be lower than it is in America in two decade’s time.

Of course, other factors are very significant in determining economic growth. Policy remains crucially important, although if an economy has poor fundamentals than there is only so much that good policy can achieve. Technological changes are hard to predict, and may yet deliver ways of achieving more growth from fewer workers (although a lot of the easy gains have probably already been made). However, what this research shows is that mature economies face an additional hurdle if they want to return to high growth, which goes beyond simply having fewer workers.