David Kingman explains the precarious situation in the US city of Detroit, which is having to take unprecedented steps to try to stave off bankruptcy 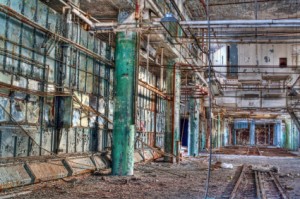 Can a city go bankrupt? Yes, in America it can. Unfortunately for the citizens of Detroit, that possibility moved sharply into focus this week with the appointment of an emergency financial manager who has wide-ranging powers to try and alleviate the city’s debt crisis before bankruptcy ensues.

How can a city go bankrupt?

How does this happen? In essence, it comes back to the fact that Britain and America are run in very different ways. In the UK we have what is known as a “unitary” system, which means that all political power is handed down by the central state, so cities and local governments have very little financial autonomy; they are basically given their money by the central state and have only limited freedom as to how they can use it.

By contrast, America is run on what is known as a “federal” system. Very basically, this means that the entire country should be thought of as a series of semi-independent states which preserve a high degree of political autonomy, despite being joined by the (relatively weak) central government in Washington, D.C. This is why all of the 50 states are, in effect, mini-countries, each with its own parliament and treasury, while on the level below that, cities and municipalities enjoy a high degree of autonomy of their own, collecting their own taxes, to a degree setting their own laws and being responsible for a wide range of public services.

It also means that that they each have their own credit rating and their own ability to acquire debts and liabilities. When they overstretch themselves, they can go bankrupt, a serious crisis which has many of the same consequences as when a large company goes bankrupt.

What went wrong in Detroit?

This last week the Governor of Michigan, Rick Snyder, announced the appointment of Kevyn Orr as the emergency financial manager for Detroit. Not by accident, he is a bankruptcy-specialist lawyer who assisted in the bankruptcy proceedings of Chrysler, the major American carmaker, a couple of years ago.

Detroit has been widely acknowledged to have been battling with a huge financial crisis for decades now. The major long-term cause has been the decline in the city’s traditional economic base as a manufacturing centre – it acquired its famous moniker of the “Motor City” (or “Motown”) as it was the centre of the American car manufacturing industry, with Ford, Chrysler and General Motors all being based in the city, but has been suffering from post-industrial decline ever since the 1960s, when jobs began moving to cheaper locations elsewhere.

The loss of jobs has been accompanied by a loss of people, as the city has fallen from being the 5th largest in the USA, with 2 million inhabitants, in the 1950s, to its present-day total of fewer than 700,000, which means it is now only the 18th largest. In recent years Detroit has received a degree of notoriety for its high levels of crime and poverty, as well as the visual scars of thousands of empty houses and abandoned buildings, which give the place a distinctly unloved ambiance.

The cost of providing public services while facing a declining tax base as people and businesses left has meant that the city now has an annual deficit of $300 million and total liabilities of $14 billion. A very large part of these are the huge pension and healthcare liabilities which the city owes to its former public employees, the rising cost of which has been sucking money out of the city’s operating budgets for delivering public services. The city had to spend half of its entire operating budget – $968 million – on labour costs (including pensions and health insurance) last year, necessitating cutbacks in other areas.

With a history of very complex labour negotiations weighing down on Detroit – the city has collective bargaining agreements with 40 different labour unions which represent its 10,000 public employees – the political costs of trying to put pensions and healthcare onto a more sustainable footing have usually prevented the issues from being tackled. This has played a major role in delivering the city to the crisis point which it now finds itself in.

The aim of appointing an emergency financial manager is to avoid the city having to declare bankruptcy, to which end he is given sweeping powers over the city government. The BBC reports that, despite being merely an appointed official, he can overrule the city’s elected representatives on key economic decisions, re-write labour contracts, sell off assets and privatise public services.

A major fight with the labour unions over their pension and healthcare deals is expected. If he is unable to stave off bankruptcy, then the effects would create an even greater disaster for a city where the unemployment rate is already over 18% (more than twice the national average).

A bankrupt city cannot simply disappear the way a bankrupt company can, as obviously people are still living there. However, it may be ordered to implement emergency tax increases and wildly slash its budget (through unappealing methods such as closing schools and laying off policemen and fire-fighters), while a bankrupt city will usually find it much harder to borrow in the future, all of which perpetuates the cycle of decline.

Detroit is clearly facing a battle for its future, which has come about to a significant extent through the failure to rein in unsustainable pension and healthcare commitments to public-sector workers. If it wants to be able to repair itself, then it will have to throw off many of the burdens of its past.