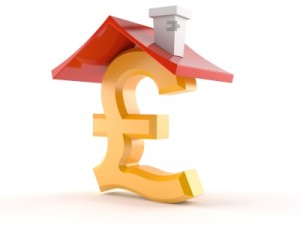 Pretty much everyone now has some awareness of the problems facing first-time buyers in Britain, thanks to increasing media coverage of our national housing crisis. Yet few people are well-informed enough to know just how acute the problems have become.

Fortunately, a new set of statistics from the Council of Mortgage Lenders (CML) paints the difficulties facing young would-be buyers in sharp relief.

Among the key findings are:

A social problem, as well as an economic one

Young people who want to get on the property ladder clearly face a huge array of difficulties. Unfortunately, the CML doubts that it will get any easier in the long-term:

“In what is likely to continue to be a challenging environment, deposit requirements are likely to remain elevated in the immediate future. The recent modest increase in the proportion of unassisted first-time buyers may reflect the gradual easing of loan-to-value criteria we have seen this year. But against a hugely uncertain financial backdrop, it remains to be seen whether the industry will have the ability to continue lifting loan-to-value limits.

At the same time, wage growth is sluggish and pressures on household budgets are continuing to intensify. While these factors continue to bear down on the ability of young people to save for a deposit, the ‘bank of mum and dad’ is likely to continue to see a lengthy queue of applicants.”

This will have knock-on effects for society. Policy-makers need to start taking the issue of housing affordability seriously as a social problem, rather than simply an economic one. If a generation of young Britons are having to put away virtually all of their disposable income to afford the combination of rent and saving for a deposit, then what will happen to the other things which they could have spent that money on?

Consumer spending, getting married, having children, saving for pensions, or helping with care for elderly relatives could all start to feel the squeeze as a consequence of the housing crisis. Britain needs to get a grip on its out-of-control housing problems if we don’t want to store up a web of bigger problems for future generations to untangle.