David Kingman takes a step back from talking about intergenerational justice to ask where the dividing lines between the different generations should be drawn. 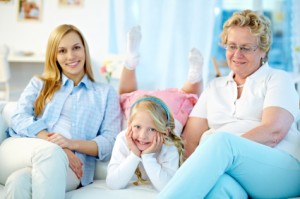 Which generation do you belong to? This is something which many people never really stop to consider, even though it has a huge impact on their life.

Even though we rarely acknowledge it, everyone is shaped to some degree by the age in which they are born. As Napoleon was once alleged to have said, “If you want to understand a man, look at the world as it was when he was 20.”

Yet at the same time, we need to be careful about making too many generalisations. As IF co-founders Shiv Malik and Ed Howker say in their book Jilted Generation, “All these generational divides are far from exact, and we’re not going to pretend that there are too many similarities between members of each cohort.”

People who research intergenerational justice are very concerned with conflict between the generations, but this makes it doubly important to know who we talking about when we refer to them. With this in mind, here is a brief guide to understanding the three most important generations in current British society:

This is the generation born during the so-called “baby boom” following World War Two, when Britain’s birth rate remained unusually high for a sustained period between 1945 and 1964.

The Baby Boomers are often acknowledged for their huge impact on British society, as their sheer weight of numbers has made them the dominant age group economically, culturally and politically at each stage of the life cycle. When they were youngsters, the unprecedented number of youthful people who were alive at the same time led to the birth of teenager culture, and a complete shift in youth culture which is still being felt today. In middle age, they acted as the major driving force behind the economy, while their power as consumers played a key role in the 1980s and 90s boom in mass consumption and technology.

Now that they are ageing – the first female Boomers reached the State Pension Age in 2005 and the first male ones joined them in 2010, while another 3.5 million of them will retire during the next five years – the Baby Boomers look set to change our thinking towards old age as well, while it will take a huge amount of resources to look after them.

The origins of this term are disputed, although some people have argued that Generation X was first coined by a journalist called Jane Deverson in 1964, while she was working on a study into British youth habits, although it didn’t achieve mainstream popularity until the publication of the novel Generation X: Tales from Accelerated Culture by Douglas Coupland in 1991.

The definition it invokes is based less on measurable trends, such as a decline in the birth rate, and more on perceived cultural changes which are supposed to have begun with the end of the Baby Boomer era in the mid-1960s, and ended with political changes which marked the beginning of the Thatcher and Reagan era in 1979–80.

A straightforward way of thinking about Generation X is that many of its members would have been the children of the Baby Boomers who came earlier. With this in mind, the term is often used in a negative sense to refer to a generation who are thought to have been broadly less successful than members of their parents’ generation.

As the author Patrick Neate argued in an article for The Independent:

“Symptoms that have long been commonly attributed to Generation X include the following: cynicism, alienation, amorality, solipsism, childlessness, pessimism, distrust of institutions, atheism and infantilism – for the most part, none too flattering. Factors commonly considered to be behind these symptoms include broken homes, the Cold War threat (and fear of nuclear holocaust), Aids and career insecurity. Cheery, eh?”

Whether this is true or not is open to significant debate, although the same criticisms are often made of the generation which came after them, Generation Y.

Generation Y – essentially, those born into the post-1979 world characterised by neoliberalism, mass consumer culture, rapid technological change and anxiety over Global Warming – is just one label which has been used to describe this most pressured of cohorts.

“Generation Rent,” the “Boomer-angst generation” and, in the words of Shiv Malik and Ed Howker, the “Jilted Generation” all refer to different aspects of the multi-faceted dilemmas facing the members of this age group. As the two IF co-founders argue:

“Theirs would be the first generation to receive student loans and be compelled to pay tuition fees while their contemporaries, born just weeks earlier, and who therefore entered school a full year beforehand, would pay nothing. That they would start their university careers in the very year when property prices began their skyrocketing trajectory far beyond the future incomes of Britain’s young workers seems unlucky. And that they will spend the next 30 years of their working lives paying off the implicit government debt, and the very explicitly deficit, seems somehow ill-fated too. And this, of course, assumes that they get a job, since many of them are joining the employment market following the worst recession in decades.”