Young people who return to living with their parents have been dubbed the “Boomerang Generation”. David Kingman asks whether this happens by choice – or if they are forced to by factors beyond their control 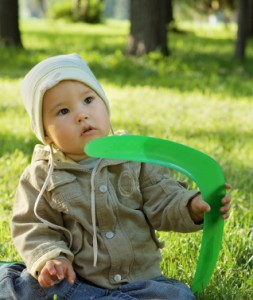 Since 1997, the number of people aged 20–34 who still live with their parents has increased by 28%. There are now 3.2 million Britons in this position and the number keeps on increasing, having risen by 6% during the last year alone, according to figures published in The Economist.

The newspaper argues that this is mostly the result of a shift in attitudes among British families, which has made it more socially acceptable for young people to stay at home for longer:

“Britain has become less like Scandinavia, where young people tend to leave home at 18 or 19 and never return, and more like a Mediterranean country, where kids can stick around for decades.”

The author of the article cites research conducted by Ann Berrington, of the ESRC Centre for Population Change at the University of Southampton, which shows that people who have degrees are much more likely to remain living with their parents. Women are 25% more likely than men to earn a degree, and since 1998 the proportion of women in this age bracket who still live their parents has increased twice as quickly as the equivalent figure for men.

The troubling element of this analysis, and this article, is that they implicitly place young people in a negative light. They are made to sound immature and feckless, too keen on their home comforts to strike out in the big bad world on their own. Is this a fair portrayal, or are there other factors at work?

The importance of economics

The article in The Economist does make reference to youth unemployment, pointing out that the number of 18–24 year olds living with their parents doubled between 2008 and 2012, when unemployment for that age group increased from 13% to 20%. Yet the author makes this sound like a minor factor, while the implications of high rents and tight mortgage criteria are dismissed in one line.

This risks doing young people an injustice. It also forgets the fact that the origins of great social changes often lie in economic developments.

For instance, the author makes the point that it’s considered normal in Mediterranean countries for children to live with their parents for many years into adulthood. Yet The Economist has also run many articles in the past which have emphasised the economic policies which tend to characterise Mediterranean countries, and how they work against young peoples’ interests, such as tightly regulated financial markets which make it harder to borrow money, widespread cronyism and rigid labour laws which protect older workers at the expense of high youth unemployment.

Rather than living at home for longer by choice, young people in the UK may be facing similar disadvantages which make it harder for them to fly the nest. The fact that graduates are more likely than average to stay at home might seem to argue against this, as you would expect graduates to earn more money than average, but this could partly be explained by the way that UK graduates are concentrated in London and the South East.

According to the ONS, 49% of Londoners are graduates, as well as 39% people in the South East, compared to an England average of 33%. This means that the highest concentration of graduates is in the part of the UK with the highest property prices and rental costs.

An earlier IF blog post has already explained that someone in their 20s would need to save at least 5% of their gross salary each year in order to get on the property ladder by the time they’re in their 30s, while the average amount that people actually manage to save is closer to 1.2%.

The most interesting evidence of all concerning the role of economics comes from a report which was released earlier this year by the Joseph Rowntree Foundation entitled Housing Options and Solutions for Young People in 2020, which used interviews to talk to young people about their housing plans between now and the beginning of the next decade.

This research suggested that approximately 4 million young adults will still live with their parents by choice, but as a pragmatic response to high housing costs rather than as a lifestyle decision:

This explanation clearly paints these young adults as a group with normal housing aspirations who are making an intelligent decision in the face of poor economic circumstances to save their money by living at home until their financial situation improves.

The real argument here is between cause and effect. Does the number of young people who still live with their parents reflect a genuine cultural change in attitudes towards the age at which someone is considered to have reached maturity? Are today’s young people really less independent (and possibly more feckless) than they used to be?

Or is it actually an effect forced upon the young by negative economic circumstances, who could argue that living at home while saving up for a property purchase is a savvier response to these conditions than paying the high rents that have resulted from the inflated and restricted property market?

The answer probably lies somewhere between these two ideas. In any case, the debate shows that the older generation should not be too quick to judge the stay-at-home young:  what they’re doing may turn out to be the smartest tactic of all.