The Referendum on Independence for Scotland will extend the voting age to 16 and 17 year olds for the first time in the UK. Antony Mason explains why this sets a welcome precedent 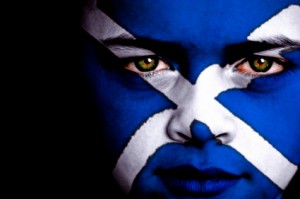 At IF, we support the idea of lowering the voting age to 16. This is primarily because we believe that democratic representation of young people and the issues that concern them is gradually being undermined as the population of the UK gets older.

Simply put, there are increasing numbers of older voters, and they are clearly more likely to vote in their own interests – as every voter is entitled to do.

Reducing the voting age to 16 year olds has been proposed for quite some time, but has met with resistance from the political establishment. Now the Referendum on Independence for Scotland has pushed the issue into the limelight, and will set a precedent. Will it lead to votes for 16 year olds on a national scale?

It is reasonable to assume that the Scottish National Party (SNP) has pushed for extending the voting age to 16 year olds because their research has found the 16 and 17 year olds are more likely to vote for independence. This is a credible assumption: young, idealistic, fired with Braveheart patriotism.

But media interviews and anecdotal evidence seem to suggest that their support for independence is more nuanced, and cannot necessarily be taken for granted. And YouGov poll, cited in the Daily Mail, suggests that the effect on the total vote is unlikely to exceed 0.2 per cent.

This must also have been the conclusion of David Cameron and his team in agreeing to this measure.

To some degree, this doubt is a comfort, in that it would be a shame to introduce voting for 16–17 years olds simply on the narrow objective to swing the vote over a particular issue.

Some people argue that 16–17 year olds are not mature enough to vote. In some respects they are not considered full adults – for instance, in law.

But there are many ways in which they are certainly on the threshold of adulthood, and clearly have enough adult rights and responsibilities to merit a public say on their governance.

“No taxation without representation” is one of the most fundamental principles of democracy – surely argument enough. In addition, maturity (or lack of) in itself should not be an argument against extending the right to vote to 16 and 17 year olds. Many voters over 18 would fail that measure.

Voters in the 18–24 age bracket are notoriously bad at exercising their right to vote. Would 16–17 year olds be any better?

In fact, one reason that politicians are reluctant to extend the voting age downwards is the fear that this will increase even more Britain’s poor turnout figures at elections.

It is our belief that 16 and 17 year olds – soon to be obliged to stay in education and training until the age of 18 – will in fact be in a better position to understand and appreciate the value of their vote than the slightly older age group. Through citizenship classes and other activities, they can learn the value of being engaged politically, and would also have a practical tool to express this: the vote.

The Referendum on Independence for Scotland, scheduled for autumn 2014, will show us whether our faith in this age-group is justified. So we welcome this initiative, and look forward to seeing how it plays out.

For an earlier IF blog on this subject, by Melissa Knight, see http://www.if.org.uk/archives/1889/votes-at-16-wheres-the-problem