Somewhat against expectations, today’s unemployment figures have moved in the right direction. For all generations? Antony Mason investigates 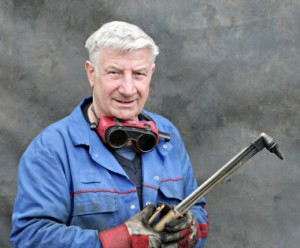 The employment figures released today by the Office of National Statistics (Labour Market Statistics, July 2012) show an overall fall, which must be welcomed by all, especially in a climate when expectations are low.

One surprising statistic is listed as follows:

This deserves some closer analysis: what is going on here?

Many of those jobs will be taken up by people happily maintaining their employment, enjoying continued contact in the workplace and putting their experience and skills to good use. And the income of course.

Some will be benefiting from the recent abolition of the Default Retirement Age, which obliged some employees to retire at 65 – to be “thrown on the scrapheap”, as many complained.

On the other hand, some may be being forced to “soldier on” simply to make ends meet, in an era when many retirees have very poor pension provision, or are seeing poor returns on even quite sizeable pension pots, and low yields on savings.

The news is not so good for 16-24 year olds: although 10,000 more found employment, there are still one million in that age group who are unemployed.

The fact is that older, more experienced workers will often take jobs that once were considered entry-level jobs for school-leavers and the young.

Older people may also have a competitive advantage in taking low-paid jobs, not only in their skills, but also financially: for instance, free travel and exemption from employees’ National Insurance payments.

Or senior employees may be staying on where once they would have retired, and freed up not only a position for younger staff, but also a salary that might be used to create two or three juniors jobs.

Is this unfair? Should older people feel bad if they take up employment that young people can do? Of course not: the world does not work like that.

But adjustments in the workforce clearly need to take place to rebalance what will otherwise be a growing trend.