Antony Mason sings the praises of the first of this year’s Reith Lectures by Professor Niall Ferguson, which vividly draws attention to the intergenerational injustice embedded in today’s financial crisis 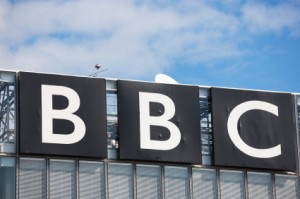 Anyone concerned about the appalling intergenerational legacy that is currently being handed down to future generations should be delighted to find the argument articulately and persuasively voiced in the first of the 2012 Reith Lectures given by Niall Ferguson, Professor of history at Harvard and a fellow of Jesus College, Oxford.

If you want to cut to the chase and hear it for yourself, it is available on iplayer or as a podcast, or in full transcript here. For an excellent synopsis, look here.

The power of institutions

The series is called “The Rule of Law and its Enemies”. The first lecture, “The Human Hive”, was essentially about the importance of laws and institutions in building economic growth and long-term prosperity, and in the historic success of nations. Robust institutions are instrumental in upholding the rule of law – the key ingredient in successful societies.

Prof. Ferguson makes the intriguing distinction between “extractive” cultures, where a small and unrestrained ruling elite suck out the wealth (the “fruits of growth”) of their nation to line their own pockets, and “inclusive” cultures, where citizens have a stake in government and prosperity. Inclusive societies are largely underpinned by the good governance of their institutions (the “Hive”), which promote transparency and the rule of law, and are robust enough to survive all the vices and self-interest of individuals operating within them.

Prof. Ferguson sees the currently economic woes of Western nations – for so long in the ascendant – as being a symptom of institutional malaise, the banking system being a clear example.

One of their key ingredients in the success of Western nations in the past was the understanding that each generation would look after the next. But this “social contract” – an institution in itself – has been broken in recent years. For several decades, governments have been awarding their voters unsustainable gifts, such as over-generous pensions and benefits, ramping up colossal debts which will have to be paid by future generations. “The heart of the matter is the way public debt allows the current generation of voters to live at the expense of those as yet too young to vote or as yet unborn.”

He castigates Western governments for hiding the true state of the liabilities that will be passed on onto future generations: “The present system is, to put it bluntly, fraudulent… Huge liabilities are simply hidden from view… No legitimate business could possibly carry on in this fashion. The last corporation to publish financial statements this misleading was Enron.”

Interestingly, in the Question and Answer session that followed the lecture, members of the invited audience focused primarily on intergenerational justice. Prof. Ferguson comes up with of some his most forceful arguments when speaking off the cuff on these issues.

On getting young people involved (in which he candidly confessed his Conservative stance): “It’s hugely… hugely difficult to get youthful support of the kind of radical fiscal reforms that are clearly needed… there’s huge confusion, huge confusion about how to articulate the grievances of this generation. And boy, do they have grievances! I mean, we think we have troubles here. Youth unemployment in Spain and Greece right now is above 50 per cent – 50, five zero per cent – and yet if young people are mobilised politically, they are much more likely to be mobilised on the Left and they’re very likely to be in some measure manipulated by precisely the people who are screwing them, like public sector trade unions.”

The Left might writhe, especially when, in the lecture, Prof. Ferguson declared (no doubt a little tongue-in-cheek): “If young Americans knew what was good for them, they would all be in the Tea Party.” But one does not need to sign up to any political persuasion to see the power of his argument. The statistics make the case for him.

On democracy and debt, Prof. Ferguson argues that governments indulge in deficit spending because voters like to have money spent on them: “The debt is a symptom of something much more profound that’s wrong with representative government, and what’s wrong… is that decision-making has ceased to have any reference whatsoever to the notion of Burke’s contract between the generations… If one’s trying to ask what has gone wrong with democracy, I think the debt is just a symptom of a chronic inability to take difficult decisions in the present when it is so much easier to pass the cheque to a future generation that isn’t represented. And that’s the point: the young aren’t represented and the unborn for sure aren’t represented.”

Well, don’t take my word of it. Go to the website and listen for yourself. Compelling stuff!