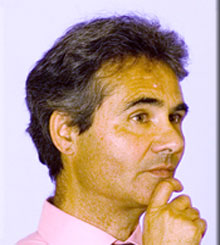 John Ralfe (pictured), one of the UK’s leading independent experts on pensions, has recently celebrated the launch of an exciting new website for his company John Ralfe Consulting:

As an expert in pensions, John Ralfe’s work has several natural areas of overlap with IF’s concerns, and he has been involved in some of our early work.

After obtaining a First in PPE at Oxford, John Ralfe spent 11 years working in banking and consulting for several major financial organizations before becoming head of Corporate Finance at Boots. He gained much of his expertise in pensions from his work with the £2.3 billion Boots pension fund, where he played a key role in moving it to 100% AAA long-dated sterling bonds followed by a company share buyback.

Since 2002 he has worked as an independent consultant advising company and trustee boards on pensions. His clients include a range of companies from both the FTSE100 and the FTSE350, with pension liabilities of up to £2.5 billion, in addition to private companies and a major university pension scheme.

He also is frequently quoted by the media as an expert on pensions, making regular contributions to the Financial Times and the BBC Today programme.

The new website which has been launched by John Ralfe’s company features an archive of 1,200 articles on links which cover all aspects of occupational pensions, with some of the content going back more than 10 years.

This treasure-trove of information will be of vital interest to anyone with a concern about pensions, and promises to be a very useful tool in the campaign to create greater justice for younger and future generations