David Kingman looks at the findings from one of IF’s most recent pieces of research, which examined the impacts of Britain’s ageing population on our electoral system 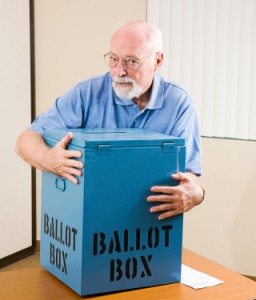 Earlier this year the Intergenerational Foundation commissioned Dr Craig Berry, a former Senior Researcher with the International Longevity Centre and Policy Advisor on Older People and the State Pension at HM Treasury, to investigate the impacts of Britain’s ageing population on its electoral system. The results provide a fascinating insight into how, through a variety of factors, older people are fast becoming the dominant interest group in British electoral politics.

Britain is justifiably proud of its long history of representative democracy. Yet the reality of “one-man (or woman), one-vote” has never been as simple as it appears: people who have similar demographic characteristics, or who belong to particular interest groups, have often formed powerful voting blocs whose favour politicians have to curry if they want to achieve office.

The older age cohorts – often referred to as the “grey vote” – have been given particular attention in recent years as a voting bloc, both because their numbers are growing as the population ages, and because they are much more likely to vote than people in younger age cohorts. This makes them a major target for political strategists at each election-time, and has led to fears that politicians will attempt to transfer resources to them from other age groups in return for votes.

The Rise of Gerontocracy? analysed demographic data in order to work out which age cohorts contained the largest numbers of potential voters, and also looked at how likely they were to vote based on turnout data from recent elections. Together, these measures enabled Dr Berry to calculate the voting power of different age groups, and project how this will shift in future decades.

The report’s conclusions were stark, as Dr Berry states in his Executive Summary:

“Unless the political marginalisation of young people abates, we are in danger of creating ‘Generation D’, a succession of disenfranchised cohorts with little say in how their society is governed. Today’s young people (‘Generation Y’ or ‘the jilted generation’) are suffering a democratic deficit, but we can expect this trend to accelerate in coming decades.”

Altogether, it manages to make a compelling argument that political analysts have not previously taken the issue of ageing amongst the electorate seriously enough. His analysis of voting patterns at the 2010 general election is particularly significant:

Overall, he concludes that the government needs to make a series of reforms if it wants to re-enfranchise younger voters, from lowering the voting age to 16 (although the relative lack of people aged 17 and 18 means the effects of this wouldn’t be particularly significant) to increasing political education, and possibly having parliamentary advisory groups or forums made up exclusively of younger voters. These moves may seem radical, but this report shows that if Britain is serious about maintaining its traditions of representative democracy, all initiatives which aim to increase the political representation of younger people will need to be considered.