Professor Tatsuyoshi Saijo explains his journey towards creating a groundbreaking citizen experiment in bringing the interests of future generations into present-day decision-making in Japan. 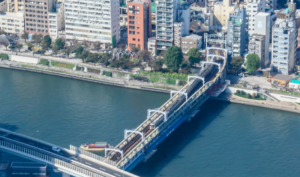 Across the world, neighbours, communities and indeed entire countries have numerous problems which they choose to ignore. What can we do about this? Is it possible to find a solution if we talk to each other?

That has not gone well for the G7 leaders gathered in Elmau, Germany, where they discussed how to punish Russia. I live in Kochi, Japan, which will be hit by a huge earthquake in the next few decades, yet no one is taking action to future-proof our infrastructure for that disaster, nor a likely tsunami to come. Why is that?

Looking at the present from the future

Experiments with subjects have shown that the more people talk selfishly, the more they lead discussion towards their own interests and the more weight is given to their immediate interests. This “selfishness” is very different to the wonderful tradition of the Iroquois; a confederation of five or six nations of Native Americans who lived around Lake Ontario in what is now the United States of America (USA).

When they needed to make important decisions, they pretended to be seven generations ahead of themselves and they made decisions for the long term and future generations. America’s founding fathers, George Washington and Benjamin Franklin, learned federalism from the Iroquois in order to unite the 13 colonies, but unfortunately, they did not incorporate the ideas of the “seventh generation” into the US Constitution.

The impact of the Seventh Generation

Ten years ago, at a post-seminar dinner on social dilemmas at the University of Massachusetts, the topic of discussion was that future generations are a problem because they do not exist now. I argued, out of the blue, that we could create a world in which imaginary future generations are created in the present day and negotiate with them.

The story that Laura, the wife of one of my former students, told, was about the Iroquois. I was shocked to learn that there were indeed people who implemented the seven generations hundreds of years ago, and that night I gathered as much information about them as I could on the Internet.

I call this “Futurability” – even if your own benefit is reduced, if it makes future generations richer and happier, then this will make you happy now. Since the French Revolution, we have gained “freedom” and “equality” but we have taken for granted freedom and equality that excludes future generations, and I believe that this has suppressed our futurability.

Therefore, I named the design and implementation of a system to realise our futurability “Future Design,” and began to research and practice.

The Birth of a Future Design Town

In 2015, the Japanese Cabinet Office asked Japanese cities and towns to create a vision for the year 2060. The small town of Yahaba, with a population of 28,000, prepared two groups, one to think about the “future” from the “present” and the other to jump to the future in 2060 without changing their ages and think about the “present” from the “future”.

They held discussions for about six months. The content of the discussions in both groups was completely different. The “present” groups, after repeated discussions, continued to focus on current issues such as the lack of nursing homes for the elderly.

On the other hand, the “future” groups were creative and proposed a park, for example, based on the motif of “Night on the Galactic Railroad,” one of the most popular masterpieces of Kenji Miyazawa, a giant fairy tale writer, who is the pride of the town. Seeing this, Mayor Takahashi declared in his 2018 policy speech that Yahaba is a Future Design Town, and in 2019 he created the Future Division where members design the present from the future.  Now, more than 80% of the town’s policies are created by citizens who have become Future Designers.

The Birth of New People

Spreading to Other Cities and Towns

In Uji City, Kyoto Prefecture, with a population of 180,000, many of the meeting halls built after the war are becoming too costly to run. We held a meeting with the residents to discuss the situation. One person in the group of four strongly insisted on maintaining the meeting halls, but a month later, at a meeting to consider the “present” from the “future,” the people with strong opinions smiled.

When they started to think about the “present” from the “future,” perspective they realised that their opinion was too shortsighted, and they also realised that the people around them were aware of it. After much debate they proposed turning the empty classrooms at the elementary school into meeting places because of the declining population. They have indeed activated their futurability. Thus, little by little, future design is gradually spreading to cities and towns in Japan.

We were once Homo Sapiens. In the last few hundred years, science and technology have enabled us to see from the “present” to the “future,” transforming us into Homo Prospectus. However, I realised that if we remain Homo Prospectus, the survival of humankind will not be assured.  In other words, we ourselves must change. Why don’t we transform ourselves into Homo Futurabilis, designing the “present” from the “future”?

The next G7 meeting will be held in Hiroshima. I hope that the leaders of the world will transform themselves into Homo Futurabilis, become imaginary future presidents, imaginary future prime ministers, etc., and boldly propose their visions from the future to the present.

Photo by Andre Furtado on Unsplash