Environmental activist John Paul Jose explores the profound damage and destruction that the climate crisis is already causing in his homeland, and what could happen if the climate emergency goes unmitigated for longer. 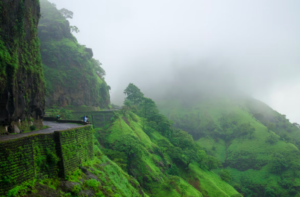 The most recent IPCC report highlights the increasing frequency and intensity of heavy rainfall, intense heatwaves, and droughts on the global scale, particularly in regions like South Asia. With a combination of past, cumulative, and future emissions, existing climate action and carbon capture efforts are insufficient.

These facts directly imply the changing dynamics of the global climate, the consequences of which fall hardest upon the people who depend on nature for survival. Multiple climatic and non-climatic risk interactions will result in cross-sectoral impacts. With a 1.5℃ rise in temperature, heavy rainfall and flooding are projected to increase in both intensity and frequency in most regions in Asia and Africa.

Colonialism as the beginning

Congruent to the 2022 IPCC report, colonialism exacerbates the climate crisis and the long call for climate justice by people is still at the zenith of call for action. Many regions would have been more resilient to the climate crisis if centuries-old indigenous tradition, landscapes, knowledge, and adaptation techniques had survived. Colonialism has decimated such opportunities and accelerated greenhouse gas emissions due to unjust and exploitative conceptions of both human diversity and biodiversity, especially in Asia, Africa and central and south America.

In India, plantations and cities were built by destroying landscapes, uprooting traditions and local people, which paved the way for making future generations distant from nature and part of an unjust capitalist system. As a post-colonial state, India was forced to rebuild its social fabric, standard of living, and livelihood in ways which sidelined nature from a materialistic view. But, the large majority of people continue to depend on this fabricated and altered nature for livelihood, which is already strongly hit by the climate crisis.

Since 2018, Kerala has been witnessing cloud bursts and flooding, even during summers. 2021 was dominated by a period of rain throughout the year. While it is currently the monsoon season, the flooding is expanding across the country, partially aided by land use changes.

In the State of Assam, historically, people and wildlife live amidst floods with centuries-old adaptation. This year left behind one of the hottest summers in India with a series of heatwaves. Unusually, while Northern India was facing the brunt of the heat, Southern & Eastern India faced extreme rainfall and flooding. Due to land use changes and global warming, people are looking to the government for help, having nowhere else to go.

With such extreme rainfall, it is not just floods that are becoming more severe and more frequent, but landslides as well. Yet again, most of it is due to land use changes. Around the Western Ghats, it is due to quarrying and soil extraction, while in the Himalayas it is due to road and hydroelectric projects. Additionally, the Himalayan region has to face the impact of retreating glaciers, glacial lake outbursts, and an impact on those dependent on Himalayan rivers.

The direct effects of all these extreme events are felt mostly by people depending on nature for their livelihoods. In line with the report of the Overseas Development Institute (ODI), an average global temperature rise of 1 degree celsius will result in a decline in agricultural productivity, a rise in sea levels and a negative impact on health. Based on studies in the last decades it is true, especially in my state, Kerala, where 80% of agriculture is rainfed: the decline in crop productivity is down between 0.3% to 33%. This decline is attributed to the difficulties crops face in adapting to climate change and the degradation of croplands.

Becoming and being climate refugees

In the everyday life of people, the effects of the climate crisis are felt through issues like food insecurity, water crisis, livelihood loss, drought, and crop failures, which leads to displacement, migration, and conflict. As a result, there is a loss of historic relationship with nature, livelihood and identity.

The annual Global Trends Report by the UN Refugee Agency (UNHCR), in 2021, suggests that nearly 5 million people in India were internally displaced due to climate change and disasters.

Coastal regions a daily victim of the climate crisis

Coastal development, the destruction of the marine ecosystem, the alteration of river flow and unscientific climate resilience have resulted in the disappearance of beaches across India’s coasts. These factors are increasing erosion by aiding the rising sea to cast strong waves on the coast, and are exacerbating the impacts of catastrophic cyclones. Global warming is making the Arabian Sea one of the fastest warming seas and a hotspot of multiple cyclones each year.

Major Indian cities that are the centre of economic participation, as well as densely populated, are at risk of sinking due to rising sea levels. The immediate risks fall on coastal communities, especially in rural areas, which continue to be left behind without any scientific assistance or efforts to make these coastal areas more resilient.

The climate crisis is another generational loss for people in India, particularly those living in vulnerable regions with long-term emotional fear. If there is no systemic approach to climate action and people are not placed over profit, in the future maladaptation will be the major factor claiming the lives of innocent people. According to the Council for Energy, Environment and Water (CEEW), “over 74% of Indian districts are vulnerable to extreme climate events”. If emissions continue to rise and global warming goes beyond 2 degrees, soon the Indian monsoon could be unpredictable.

The future of India lies in global emissions reduction, the expeditious employment of the best available solutions, and inclusivity in climate action. The effects of the climate crisis leave behind new facts and impressions with every passing day: the nations and people which can afford to do so should be aiding our transition to an egalitarian and eco-friendly future.

Photo by Satyan Chawla on Unsplash