What will it take for generations alive today to become better ancestors, asks writer and campaigner Jonathon Porritt. Tackling the climate crisis, of course, but changing how we live our lives and prioritising the future is also vital. 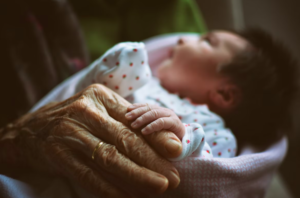 Running out of time

Forgive me if that sounds judgemental. But I’ve spent the last decade listening to ever-more apocalyptic warnings from scientists that we’re rapidly running out of time to reverse the damage done to the natural world and to the climate. Yet nothing much seems to change. The fine words flow. Policies shift gently in the right direction. But emissions of greenhouse gases continue to rise, year on year, and the natural world always comes out the loser in our pursuit of further economic growth.

The latest warning to that effect came on July 12th from Sir James Bevan, Chief Executive of the Environment Agency here in the UK. Pointing to a new ‘Silent Spring’, he reminded sceptics that ‘this biodiversity crisis is a crisis because it won’t just kill plants and animals – it will kill us too. No Nature, no food…. No Nature, no us.’)

Mark Carney, former Governor of the Bank of England, refers to all this as the ‘Tragedy of the Horizon’. The catastrophic impacts of climate change and biodiversity collapse will be felt beyond the traditional horizons of most of today’s actors (be they politicians, business leaders or asset managers), imposing massive costs on future generations today that we have little incentive to prevent.

So what will it take for us to become ‘better ancestors’?

For a start, we need to approach these crises through the eyes of young people today. When the Intergovernmental Panel on Climate Change (IPCC) tells us categorically that we are now on course for an average sea level rise of at least one metre by 2100, possibly two metres, that may not mean much to adults who’ll be dead long before then. But many teenagers today will still be alive in 2100, possibly with their own children and grandchildren, experiencing first hand the devastating impacts of rising waters – happening as a direct result of the warming from our emissions of greenhouse gases, still rising year on year.

Secondly, we have to get better at electing politicians that are up for dealing with these complex generational issues with integrity, not just empty blather. There aren’t that many encouraging signs of this at the moment, but I was immensely cheered to read about the new Constitution being put forward in Chile after last year’s election of Gabriel Boric as President – at the age of just 35. Its third Chapter covers Chile’s ‘natural commons’ (water, air, forest, oceans etc), to be rigorously protected for present and future generations, with far stricter controls on economic development – and particularly on mining operations. Inspired by Chile’s indigenous people, the new Constitution also establishes an independent body to protect the legal rights of Nature.

Next, we all have to recognise the moral dimension of these dilemmas. In essence, tomorrow’s generations will be paying off our debts. The costs of adapting to a nature-depleted, still warming world will be massive.

Finally, this moral imperative must now inform all decisions we take about which technologies to deploy to accelerate the decarbonisation of our economies. For instance, you may hear more and more people talking about a technology called Direct Air Capture, sucking CO2 back out of the atmosphere to help stabilise concentrations of CO2. This is crazy stuff. At the moment, it costs around $750 to remove one tonne of CO2 using Direct Air Capture. Even its most manic evangelists acknowledge that this price tag is unlikely to fall much below $250 over the next 20 years. That’s the bill young people will be paying in 20 years’ time ($250 for every tonne of CO2 removed), compared with the far, far lower sums required for us to stop the CO2 being put up there in the first place!

That disregard for the future is also what sickens me when I hear some environmentalists talking up the benefits of nuclear power – without ever mentioning the massive costs associated with managing nuclear waste and decommissioning nuclear reactors decades into the future.

At the last count (according to the Nuclear Decommissioning Authority), a minimum of £130bn will be required to decommission the UK’s old Magnox reactors.

Then you have to add on at least another £50bn to decommission the seven AGRs now coming to the end of their generating life. And then at least another £50-£75bn to construct the Geological Disposal Facility required to deal with the most long-lived nuclear waste. Let’s round that up to a minimum of £250bn – which tomorrow’s taxpayers will be liable for even though they will have benefitted very little from the electricity generated by those reactors.

A matter of time

At the moment, pretty much everything we do (or don’t do) in the face of today’s converging crises makes us very bad ancestors indeed.

How much longer do you think young people will be prepared to put up with that?

Photo by Pedro Kümmel on Unsplash