Bill Anderson-Samways is a former researcher at the Social Market Foundation. He recently co-authored a report on how to pay for the transition to Net Zero, On Borrowed Time, with John Hobby, a researcher at the Intergenerational Foundation. In this blog, he argues that the UK’s high discount rate pushes the costs of Net Zero onto future generations. 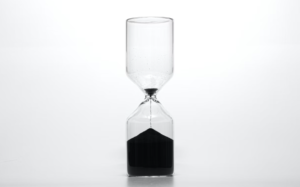 From the perspective of younger and future generations, the discount rate is the most important policy you’ve never heard of. Essentially, it determines how much we should pay now to avoid some cost in the future. A higher discount rate means that we “discount” the future more, and so can get away with paying less today. In UK climate policy, that means that many of the costs associated with our 2050 Net Zero target will be borne in later decades, rather than our own.

Here I’ll make the case that the UK’s discount rate, as outlined in HM Treasury’s Green Book, is too high. There are some legitimate – and less legitimate – reasons for high discount rates. But in my view, they don’t hold in the modern-day UK. What’s more, they contradict the Treasury’s own Net Zero Review, its overarching strategy on the green transition. Our recent report, co-authored with IF’s John Hobby, sets out the argument in full. This post provides a whistle-stop tour.

Is the future worth less?

One reason for a higher discount rate would be that you simply don’t value future generations as much as present generations, morally speaking. This isn’t a justifiable reason, and the Treasury knows it. Its Net Zero Review has a whole sub-section on “intergenerational fairness”.

But the Green Book sets the “rate of pure time preference” – economist-speak for how much you value future generations – at 0.5%. That means we discount future generations’ wellbeing at 0.5% per year, simply because they exist in the future.

0.5% doesn’t sound like much, but over long time-periods it accumulates to quite a lot. The Green Book should lower the rate of pure time preference to match the Treasury’s overall Net Zero strategy.

The second (more understandable) reason for a higher discount rate is that future generations might be richer than us. If so, they could bear any costs better than ourselves. The Green Book is sunny about this, projecting high future consumption growth of 2% each year until 2050.

Unfortunately, the idea that we can have such high growth whilst pursuing Net Zero rests upon some unproven technologies, such as Bioenergy with Carbon Capture and Storage (BECCS). The Net Zero Review recognises some of this uncertainty, and is consequently relatively sceptical about growth. Again, the Green Book should match this assumption. That would also drag down the discount rate.

Inequality, between and within generations

Of course, you could accept that growth might be low, but not care at all about income inequality – either between generations or within them. Taken together, these factors would constitute a final justification for a higher discount rate.

Turning first to inequality between different generations, we should actually be fairly neutral. Saying you simply won’t tolerate any inequality between the generations has some odd implications. Most notably, what if it turns out that future people are likely to be richer than us? Because that’s an inequality, we’d have to correct for it by transferring a chunk of their income to ourselves – an idea which sits uneasily with the commonplace desire to secure a better life for our children.

Because of such uncertainties, the Green Book is neutral on intergenerational inequality. And the Net Zero Review simply doesn’t mention it. Personally, I think we should leave it alone. (That doesn’t mean inequality between the generations is irrelevant – otherwise the previous argument about growth wouldn’t hold. It simply means that we shouldn’t magnify the impact of the growth rate in our analysis).

But what about inequality within generations? Even if you think future growth will be high, clearly if huge proportions of the world’s population lose out – for example, if millions remain in poverty, or even die due to climate change – we shouldn’t discount their wellbeing on the basis of such growth. The same holds for national inequality: if growth simply accrues to the top 10%, we shouldn’t discount the wellbeing of the other 90% so highly.

The Net Zero Review is (in theory) sympathetic to such arguments, pointing to the transition’s impact on the most vulnerable. But the Green Book’s discount rate ignores inequality. Given the present maldistribution of resources within and between nations, that needs to change. There are ready-made methods for incorporating inequality into the discount rate.

Whatever your personal view, it’s clear that the strategy for achieving our democratically-approved Net Zero target should take precedence over the Green Book, which is largely written by civil servants, and (despite its name) is not a climate-focused document.

So let’s lower the discount rate. That, of course, means paying more now rather than leaving our children to pick up the costs. But when it comes to paying for a policy with such critical implications for their lives, younger and future generations deserve fair treatment.

Photo by Wilhelm Gunkel on Unsplash