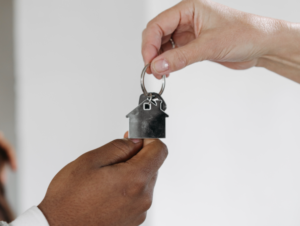 The basis of our society, as well as many foundational economic models, is that people will tend to vote in the best interests of themselves and their descendants. However, declining birth rates and an older population has led to an increased distribution of resources towards the elderly at the expense of the younger, working population of the United Kingdom. This has created what many have described as a gerontocracy – a society run by the elderly.

This can most obviously be seen with the housing crisis. Since the real price of housing has soared over the last three decades it has become increasingly challenging for young people to get on the housing ladder. Accordingly, the age at which people can afford their first home has increased over time.

This contributes to high levels of housing insecurity for young people and greater levels of intergenerational inequality. Thirty years of declining interest rates, rising immigration and tight planning regulations has led to homeowners becoming wealthier relative to the general population. Given housing is effectively distributed based on generational lines this has contributed to increasing levels of intergenerational inequality. Whilst the planning system is the chief offender for this, stamp duty has exacerbated the problem.

Where Stamp Duty comes in

At its heart stamp duty is a transaction tax, in that it is levied when one makes a transaction to purchase a new home. Therefore, it is only natural that a tax on transactions will do the same thing as a tax on anything else – discourage it.

This is problematic, because where people are discouraged from buying a new home then they will be stuck in one less appropriate for their needs. On the one hand, this prevents starter homes becoming available, because those in them will have more difficulty moving up to larger ones, and on the other, it means the larger homes do not free up as downsizing becomes less beneficial.

The effects this has on wider housing markets is astronomical. Indeed, one paper in the Journal of Urban Economics by Christian Hilber and Teemu Lyytikainen found that a two per cent increase in stamp duty will reduce household mobility by as much as 40 per cent. WPI Economics agree – they found that given there are as many as 8.1 million underutilised homes in England, then up to 315,000 new homes will be released just through increased market activity.

It’s no wonder Sam Dumitriu, formerly of the Adam Smith Institute, famously estimated in 2017 that abolishing stamp duty would increase GDP by £10 billion. Today, it would be even more!

Despite its problems stamp duty is a significant money raiser for the Treasury, and simple abolition would inevitably contribute to the national debt and only worsen outcomes for young people in the long run. Therefore, it is important that stamp duty is not just abolished but replaced. Moving to a proportional property tax would help resolve these numerous challenges.

Created by the team at Fairer Share, a proportional property tax would replace both stamp duty and council tax with a single 0.48% levied on property value. It would immediately result in tax cuts for 77% of households, with a particular benefit for those in areas the Government is seeking to level up. Indeed, research from Landman Economics found that 98% of households in the North East would benefit from this move with an average annual saving of over £550. This would contribute to a 0.8% fall in poverty nationwide.

Despite the regional benefits of this change, the effects on intergenerational inequality are profound. The victims of overcrowding are overwhelmingly the young – indeed more than 20% of 16-24 year olds live in overcrowded conditions – in London it’s 46%. Consequently, it is them who will benefit most by having new starter homes freed up. WPI Economics estimate that as many as 600,000 new homes would be freed up overall, ensuring that a fairer future can be provided to them.

It’s time the Government listened to the voters, MPs, think tanks and economists who are calling for the introduction of a proportional property tax.

Photo by Pavel Danilyuk on Pexels