Alec Haglund, IF researcher, explores whether the 2022 Conservative leadership race will provide an opportunity for a renewed national debate and discussion about solving the country’s problems. 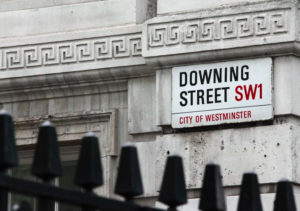 For a democracy to be healthy and thriving, there must always be space for an open discussion about how to improve people’s lives and how to overcome the problems faced by the country and its citizens. There is no shortage of issues that need to be tackled. People, especially young people, were struggling well before the COVID-19 pandemic arrived, and have since been hit by the cost-of-living crisis and an energy crisis as inflation spikes but pay stagnates.

During the 2022 contest for the leadership of the Conservative party, leadership hopefuls have been battling it out in terms of trying to out-do one another by promising higher and higher tax cuts in an appeal to party members, with some resistance to net-zero and American-style culture war attacks on gender rights sprinkled in for good measure. Soaring inflation, 1-in-4 children living in poverty, private rents and energy prices far outpacing wages, and the cost-of-living emergency are some important issues that have received little to no attention in the discourse surrounding the leadership race.

Good policy proposals exist, but there are no takers

The Intergenerational Foundation has conducted research on the rights of young people and future generations for just over a decade and has contributed to the national policy debate in areas ranging from housing, climate change, student debt, the cost-of-living crisis and intergenerational justice, among others.

There are clear policy areas where those who are struggling the most can be helped. For example, the housing crisis in the UK has become an all-consuming problem for young people across the country, with property prices far outpacing the growth in wages, unacceptable levels of homelessness, and soaring private rents, all of which have resulted in locking young people out of owning a home of their own.

A large-scale plan to build social housing and affordable private housing across the country would help to alleviate one of the most central issues in the cost-of-living crisis, that is the exorbitant cost of putting a roof over one’s head, which is a basic human right.

Such a plan could also provide good jobs, as well as herald a new era of energy efficient and sustainable housing, ensuring that energy bills do not needlessly rise because of bad insulation. However, the housing crisis, and solutions to the housing crisis, have been completely absent from the debate.

The two sides of tax cuts

The language of tax cuts and “reducing the state” has permeated all leadership discussions. While tax cuts can sound appealing to those struggling to get by, the current government has tended to favour increasing “payroll” taxes (on those who work), while reducing taxes on those who receive their income from “unearned” wealth, such as from dividends, capital gains, or collecting rent.

Plenty of tax-efficient wheezes still exist for those who receive their income from wealth rather than work: tax-free capital gains allowances, ISA allowances, lower taxation on dividends and property sales than on work, and so on. Young people and low and middle-income earners are largely excluded from such tax benefits, as they primarily receive their income from payrolled work or simply do not have savings to set aside.

There may well be some economic argument for cutting taxes on income received from work, which would help those who are struggling in the current economic climate. There is also scope to offset such a tax cut by increasing tax rates on unearned income, which would only affect the wealthiest in society who can afford an increased tax burden.

From a perspective of intergenerational justice this would only be fair, given that those who have benefited from dividends and property prices have seen large gains in the past decades. In the name of fairness, achieving parity in the taxation of earned income and unearned income should not be a politically polarising proposal in times of crisis.

While party in-fighting continues, an increasing number of people up and down the country are having to make impossible choices, such as between eating and heating. Instead of being characterised by a willingness to tackle issues such as poverty, climate breakdown, intergenerational injustice, or the largest cost-of-living crisis in decades, the leadership contest seems best defined by the complete lack of engagement with any meaningful policy discussion.

This can only mean that it remains as important as ever to argue for the rights of young people, future generations, and all others who are struggling, and remind those in power that solutions to our most pressing problems do exist.

Photo by PublicDomainPictures on Pixabay