With new figures recently published showing that the wealth gap between pensioners and the rest of society is as wide as it has ever been, IF Co-Founder Angus Hanton considers the ramifications of this growing inequality, and asks whether the triple lock on the state pension has had its time. 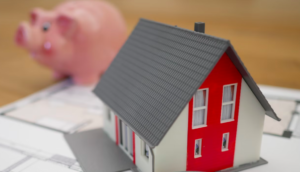 According to IF’s analysis of the ONS Wealth and Assets Survey there are now over three million pensioners living in millionaire households – those where the household wealth is above £1 million.

This is a steep rise in wealthier pensioners since the last time that IF analysed the ONS data: ten years ago there were only about 850,000 over 65-year-olds living in millionaire households so the number of pensioner “millionaires” has more than tripled. In fact, it is closer to having quadrupled.

The increase seems to be partly because more people have simply aged into this older category – there are now about 11.5 million pensioners whereas in 2010 there were only about 9.5 million – so there are now two million more of the over-65s. But the increase in wealth is probably mainly because older people have seen the value of their homes and pensions increase – about 90% of UK personal wealth is held in pensions or housing.

So the question emerges as to whether wealthier pensioners should benefit fully from the triple lock on state pension payments. The triple lock guarantees that each annual pension increase will be the greater of three elements – the rise in wages, the rise in prices, or an increase of 2.5%.

This means that, over a few years, there is a ratchet which increases pensions in real terms in relation to other people’s incomes. The triple lock is currently projected to make pensions rise by about 10% next year while typical workers will see a reduction in their real wages of about 5%, and some young people are asking whether the pain of the current inflation should be shared between generations, especially by some of the wealthier pensioners.

On the other hand, the old-age lobby argues that pensioners should all be fully protected from inflation and that it’s harder for them ever to “catch up”. Advocates for older people, like Ros Altmann, argue that many pensioners are brick-rich-cash-poor and although they may be millionaires on paper they still struggle to find cash for luxuries.

They may not like the idea of taking in a lodger, or downsizing, or borrowing against the value of their houses (equity release). Younger people will still consider these wealthier pensioners to be millionaires and might say that they should be encouraged to reorganise their affairs rather than be protected by the triple lock on pensions.

Many of the income and wealth disparities between the generations are invisible. Older people don’t talk about their wealth and many of them quietly collect Defined Benefit pensions (based on final salary) whilst their children and grandchildren don’t realise just how comfortably off they really are. Similarly, poverty is often not visible, whether amongst the 2 million or so pensioners who live below the poverty line or the 4 million children living in poverty.

So whilst it may seem distasteful to make gentle challenges to the triple lock and to highlight pensioner wealth, talking openly about income and wealth should enable us to improve social justice in British society.

Millions of the over 65s are part of the baby-boomer generation and have experienced a series of fortunate events: good salaries, full employment, free university education, a range of universal benefits (free bus passes and winter fuel allowances), and cheap housing which quietly became very valuable.

That was mostly good fortune but it was also good fortune for which they actively voted – for example the older generation mostly voted for parties that wanted to see house prices increase and politicians who were willing to impose student fees rather than an across-the-board graduate tax.

Some people say that baby-boomers’ good luck moulded an older generation which feels a strong sense of entitlement and who will fight tooth and nail to protect themselves from inflation and who will vote for parties supporting the triple lock and protecting pensioner incomes and wealth.

But I’m not sure those pessimists are right. Increasingly I meet pensioners who sympathise with the plight of young people and feel the younger generation has been given a raw deal. What’s your experience?

Photo by Tierra Mallorca on Unsplash