Today is six years since the EU referendum. In this blog, IF’s Digital Campaigns Officer, Liam Hill, considers the impact of the EU referendum on the UK’s economic and political landscape, and what effects the referendum and Brexit have had on intergenerational fairness. 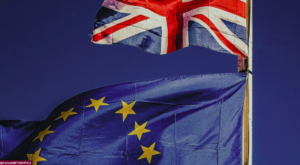 The events and the process

Brexit has always been better seen as a process – not a single event. Even now, the process continues, with major question marks over the future of the Northern Ireland Protocol, raising colossal issues for the Good Friday Agreement, the Union and trade policy.

That being said, with most of the Brexit process in the rear view mirror, we can look at the events – and the processes – which have defined Brexit over the last six years.

The campaign polarised our politics, with younger and older generations on different sides of the divide, a deepening trend that was already evident from the general election the previous year.

The generational and regional differences in the results have gone on to define what has happened in British politics even more since 2016, with the subsequent general elections characterised by the 2017 “Youthquake” and the fall of the “Red Wall” in 2019.

The winner takes it all

And the generational differences in voting patterns are now, in some ways, more pronounced in generation elections than they were in the referendum. Our majoritarian “winner takes it all” political system is hugely exacerbated by demographic geography: younger voters are more likely to be concentrated in big cities and university towns, while older generations are more evenly spread throughout the rest of the country.

With UK politics increasingly divided along age lines, that gives the party which can best appeal to well-distributed older voters a distinct advantage. For these reasons the UK’s first-past-the-post-system was heavily criticised in our recent webinar on the cost of living crisis, which identified one of the reasons young people’s needs and opportunities are ignored and marginalised.

The UK’s official exit from the EU on 31 January 2020 came on the same day as the first Covid cases in the UK were confirmed, both less than two months before the first national lockdown. And there is no doubt that the economic turbulence caused by COVID-19 and multiple subsequent lockdowns has profoundly obscured the economic impact of Brexit.

While it is clear that the Brexit vote and the subsequent political and economic uncertainty harmed inward investment and growth, dividing up the impacts of the pandemic and our exit from the EU is tough – COVID-19 may well have done a great deal to mask the economic harm caused by Brexit.

But what has also helped to obscure the impact of Brexit is the political unwillingness to honestly evaluate its effects, creating what the FT has referred to as a “deafening silence over Brexit’s economic fallout” from our politicians.

Levelling out, not levelling up

The EU referendum was seen as a vote not just about the UK’s relationship with the EU, but as a message of dissatisfaction to politicians about the state of the nation. The Levelling Up agenda has been this government’s reaction to that message from the referendum, as well as to the threat of Scottish secession and the UK’s persistent regional inequality.

Levelling up is important if you care about intergenerational fairness. Some of the main drivers of unfairness between generations in the UK exist because many young people have to move to cities for work. London, along with many of the other major cities across the UK, is increasingly unaffordable because the demand to live there outstrips capacity to house people.

But so far Brexit hasn’t been a great help when it comes to levelling up. Instead of achieving the growth we need to drive investment that levels up the nations and regions of the UK, London is currently the only part of England which is back to its pre-pandemic level of economic output. Making levelling up work is going to require a lot less timidity from the government, and a repudiation of NIMBYism too.

We know that UK-EU exports and growth have taken a hit – we know there’s a knock-on effect on living standards. But most Brexiteers weren’t promising a land of milk and honey, of big spikes in growth or living standards. Many argue that a small economic hit was worth it for increased control and greater sovereignty – but that raises the question of what the British state does with that control and sovereignty.

The trade deals we’ve signed since 2020 have been mostly symbolic, and have not replaced the fall in UK-EU trade since 2020, and our newfound control hasn’t exactly sparked a revolution in policy. Once more, the pandemic makes it quite difficult to know the extent to which the economy’s performance and the fluctuating levels of migration are reacting to Brexit or to COVID.

In the longer term though, without doing more with the control that, to borrow a phrase, has been “taken back” from the EU, there’s a risk Brexit could be a damp squib – rather than a cataclysm or a saviour. “Brexit [has] turned out to be both more radical than its supporters claimed, leaving the British economy indisputably worse off, and far less radical than its opponents warned,” as Tom McTague wrote in a recent Atlantic article.

What’s next for Brexit?

Brexit, for the time being, is settled – if getting out was complicated, it’s difficult to imagine getting back in would be much easier. But in a recent poll, 61% believe the government is handling Brexit poorly while only 28% believe they are handling it well. Long gone seem the days of the 52% and the 48%.

This might be more a reflection on the government’s other struggles and scandals, but it does raise questions which will have to be answered about what’s next: would a new government pursue a closer economic relationship with the EU? A softer version of Brexit which aligns the UK more closely with the single market?

Brexit itself might be a closed question, but what kind we have is still up in the air. There is an argument to be made about whether – with no big US-UK trade deal on the horizon – closer economic ties with the EU could provide a boost for the UK economy. It might even make some difference to levelling up the UK’s left-behind regions, or alleviate the cost of living crisis being faced by millions of people all across the country, particularly the young.

Photo by Rocco Dipoppa on Unsplash