A new IF report, entitled “On Borrowed Time”, produced in collaboration with the Social Market Foundation, launches today. John Hobby, co-author and IF Researcher, explains how the report tackles the economic and moral questions involved in thinking about intergenerationally fair ways to share the costs of the Net Zero transition between current and future generations. 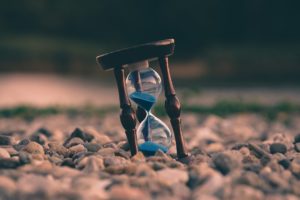 We know what to do

We have known since the 1970s that increasing concentrations of carbon dioxide in the Earth’s atmosphere, emitted overwhelmingly by economic activity in today’s rich countries, is causing the average temperature to rise and radically altering global climate systems.

We also know what we need to do to curb this process: change our modes of production and consumption to reduce emissions; increase our ability to sequester carbon; stop burning fossil fuels; and invest heavily in renewable energy sources.

Some may say that future generations will be the beneficiaries of such investment and should therefore bear the costs. On the other hand, others may argue that climate change is likely to limit future economic growth, meaning future generations may be poorer than we are today and may be less likely to afford the costs of averting and adapting to climate change. Others argue that the “polluter pays” principle should stand; that generations born today should pay more because of their over-consumption of carbon.

All three arguments hold water but implicitly rely on different sets of assumptions. Our report aims to offer a plain language framework for thinking about these questions of how to and who should pay for the costs of the Net Zero transition.

Economists and policymakers typically start thinking about such problems through the dry, inaccessible and seemingly arcane lens of the “Social Discount Rate”. The fundamental premise of discounting is that if a high discount rate is applied to climate policy evaluation it leads to the conclusion that we should pay little in environmental reparations now and leave it to future generations to clean up. Likewise, if a low discount rate is used, it follows that we should take more responsibility, and invest more now in order to protect the wellbeing of future generations.

The choice of an appropriate discount rate is always an intergenerational fairness issue, as previous IF research has highlighted, but is especially important climate policy evaluation due to the long time-frames. The most common approach is to use the “Ramsey” discount formula, which relies our attitudes towards the moral value of future generations, forecasts of future growth, perceptions about intra- and inter-generational inequality and attitudes to risk:

We believe that, in the interests of intergenerational fairness, the government should lower its Social Discount Rate applied in the Green Book and commit to spending significantly more in the present in order to reach our Net Zero commitments.

And how do we finance it?

Once we have established how to share the costs of the Net Zero transition between generations, a second-order question arises about how to fund such spending: through borrowing or taxation?

Arguments in favour of borrowing typically assert that future generations will benefit from any investment in climate change mitigation and adaptation, so they should pay. However, such arguments violate the “polluter pays” principle: it is us, not future generations, who are causing the climate crisis so it should be up to emitters in the present to clean up after ourselves.

Another common argument in favour of borrowing is that financing investment in green technology and infrastructure will spur economic growth, thereby making future generations richer and better placed to pay for such investment. This argument holds some water if the investment indeed spurs growth, but folds if not. Since we simply do not know what the future holds for economic growth, should we not argue that such borrowing is too risky?

Taxation and carbon pricing in the present, on the other hand, would force polluters to pay for the environmental costs of the greenhouse gasses they currently produce. This would not only raise revenue for governments to invest in climate policy, it would also have the effect of “pricing-in” the negative externality of CO2 emissions, providing firms with incentives to innovate in more sustainable production methods.

As such, we argue that, in accordance with the “polluter pays” principle, this investment should be primarily financed by carbon pricing and taxation today, rather than borrowing from future generations.

Photo by Aron Visuals on Unsplash