In this article, student campaigner Lauren Roberts-Turner writes about the difficulties facing Gen Z, people in their teens and early twenties, and what kinds of changes are required to make the world work for younger people. 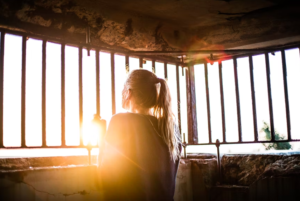 A challenge facing the young

Being young is an inevitable, if fleeting and often challenging, stage of life that is both glorified and satirised by older generations. Yet most of the key milestones that made youth the age of excitement, for those having lived half a century or more, are nowhere in sight for today’s youth.

Recent research by the RSA finds that “between 40%– 60% of young people feel that [opportunities] such as home ownership, living independently, and earning enough to live comfortably at retirement or support a family, are out of reach for young people like them.”

Poverty on the rise

Since generation X (those who are currently aged between 42–57 years) each following generation has had to deal with a worse “normal” in regard to expectations over what the state will provide.

Austerity saw the slashing of funding for essentials such as public services and benefits when my generation was in its infancy. Primarily as a result of these “changes to benefits and tax credits” from 2012, the UK saw the “first sustained rises in child and pensioner poverty for two decades” in 2017.

According to recent research by Sarah Marier Hall, University of Manchester, the impact of austerity measures significantly shaped and continues to shape young people’s everyday lives and  “their ideas and hopes for the future. “Furthermore, austerity was found to be impacting young people’s decisions on whether to have children.

The children who grew up during austerity had other crises on their horizons. Fast forward to our coming-of-age years of 16, 18 and 21, and many young people, myself included, were unable to experience the new freedom, excitement and celebration that usually accompanies them.

Covid-19 and the measures to contain it, kept us separated from loved ones and friends, graduations and parties, and the support and education we needed in order to thrive. We came out of the pandemic looking for the fun and fabled headiness of youth that had not yet arrived.

Many of us went to university only to be hit by an unexpected interest rate increase on student fees for courses that had been free for those responsible for the policy. Others tried to head into the world through paid employment and headed, with little experience, into an uncertain labour market.

At university or at work we were met with a fuel and cost-of-living crisis that dampened any jubilation and constrained our lives. Compounding our personal struggles and anxieties, came the news of the climate crisis and the war in Ukraine, which consumed our leisure hours.

It is evident young people are being hit from all sides; as current economic, societal and geopolitical conditions are negatively affecting our emotional, social, financial and academic life. The effects of this are starting to show.

My generation has been described as “unhappier than ever,” and have experienced both increasingly high levels of poor mental health pre-COVID and a more significant deterioration in our mental health than older age groups during the pandemic.

This is not a reflection of a weak generation. Instead, the mental health epidemic is a symptom of a whole generation facing struggles and lack of support at every stage of their lives, struggles that often have not been encountered by older generations.

Shockingly, despite the problems highlighted, neither policy initiatives nor much research takes young people into account. Despite high levels of financial insecurity and young people disproportionately losing their jobs during the pandemic, data on poverty, for example, is not being routinely desegregated to show the impact on young people.

The primary data focuses on child or pensioner poverty, meaning at a time when life and work patterns are changing for young people, we haven’t got a clear understanding of how that is impacting their material conditions.

This research also dispels any of the “generation latte” suggestions made by broadsheets and politicians alike. “Comparing consumption patterns for in-poverty groups [… they find] that the share of non-housing spending those young adults (aged 18–29) in poverty devote to “essentials” […] has increased by 16 per cent, while the share going to leisure […] has fallen by around 10 per cent.”

Despite being absent from much of the discourse on the subject, young people are very aware of poverty as a problem they face, with “Young people themselves [choosing] poverty as the second greatest issue facing their generation (after climate change).”

The main data we do have on young people and poverty comes from the recent RSA report into young people’s financial security, which finds that 47% of young people are “unable to make ends meet each month, are only just managing to […] or have a financial situation that changes significantly [and..] are sometimes unable to make ends meet.”  The report highlights the worrying trend that “neither work nor welfare is providing economic security” and as a result, many young people are having to sacrifice their economic security if they attempt to spread their wings.

Radical policy change is needed for my generation and the generation that follows me in order for us all to be able to access positive futures. Fundamentally, we need “pro-young people policies that support economic security and don’t discriminate against young people compared to those older than them.”

A key policy idea young respondents, to the “Child Fair State Inquiry” and other youth focused research I have been a part of advocated for, is the introduction of a Universal Basic Income. The introduction of such a policy would provide everyone (including young people) with the material basics to make choices that go beyond just survival. This is something that could provide a safety net to enable young people to fly the nest, and experiment, secure in the knowledge that they will always be able to put food on the table.

It is a policy which has support from many other sections of society. Recent research by the University of York found the introduction of a Universal Basic Income could “cut poverty to the lowest for 60 years” and Liberal Democrat MP Layla Moran argues if introduced, it could hugely benefit the young and poor.

All is not lost for my generation and the generation that follows me. However, for this to be the case we must ensure both society and policy actively supports young people. A fundamental part of this includes ensuring young people, have the resources to live good lives.

Photo by Christopher Windus on Unsplash