Robert Ashton, IF supporter, writes about how fortunate his Platinum Jubilee generation – born around the time that Queen Elizabeth II ascended to the throne – has been. 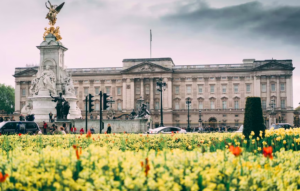 Having reached 75 I wish somebody would tell me the purpose of old age. Some more worthy than myself will doubtless say that they care for their grandchildren or are secretary of their local allotment or other society. But they are not a majority. The majority take a great deal but contribute little or nothing. Not only that but mine has been an incredibly fortunate generation.

It is of no surprise to me that the Institute for Fiscal Studies (IFS) has found that those born in 1952, the year of the Queen’s accession, are the richest in history. We, and although I am five years older I include myself in that cohort, have benefitted from “strong growth in earnings in the 1980s and 1990s” and “rode the wave of the UK’s property price boom”.

Many of us, myself included, have benefitted from generous final salary pensions, which are now largely a thing of the past.

In addition, there is “the increasing generosity of the state pension in recent years” which it may be said has been “earned” by the National Insurance Contributions (NICs) we have paid, although in reality few will have paid sufficient to accumulate the estimated £200,000 cost. There is no National Insurance Fund and in reality we are dependent on those younger and often less well off than ourselves to pay our pensions.

To rub salt in the wounds of younger generations if I as a pensioner have the same income as them broadly speaking I will pay 13.25% less tax because those above the state retirement age do not pay National Insurance. How lucky am I!

Like the Intergenerational Foundation, the IFS finds that we are “truly the golden generation”. How is that? Well, apart from free health care, we enjoyed free education up to and including university whereas those graduating today have on average debts of £55,000 on which they will shortly pay double digit rates of interest.

The cost of ageing

Not all of my generation are wealthy, and 18% are in relative income poverty, although that is still lower than the national average of 22%. And we are live longer. In 1952 life expectancy for those turning 70 was 79 for men and 82 for women. For those born in that year it is now 86 for men and 88 for women. The medical professions are determined to keep us alive regardless of the cost to society.

The Guardian reports that while those over 65 currently represent 18% of the total population they account for 40% of NHS spending, a figure that is only likely to increase with the nation’s ageing demographic. Health spending per person increases steeply after the age of 50, with people 85 and over costing the NHS an average of £7,000 a year compared with spending across all age groups of £2,069.

The cost pressures are unlikely to abate as by 2039 people over 65 are expected to represent 23% of the population and about one in twelve will be over 80. Mark Dayan, a policy analyst at the Nuffield Trust, is quoted as saying “Today, the NHS’s staff and technology, and therefore its money, is increasingly focused on treating people in older age groups, with often long-term conditions that we struggle with most. That’s a sign of success”. I’m not sure that I would agree.

And we enjoy many other benefits. Free prescriptions, free bus transport and, if you live in London, free travel on the Underground all of which are paid for by the younger generations. We enjoy free or reduced entry to many museums and other venues and the winter fuel allowance, now increased to £600, regardless of our income, as well as Cold Weather Payments, none of which are available to younger generations who may, while having less income, be paying more tax.

We should not forget the £10 Christmas bonus introduced by the Heath government in 1972 (and never increased!). And until recently the over–75s enjoyed free television licences but what a fuss we made when that was removed.

So, what conclusions do I come to from all of this? In effect the over–75s, while having enjoyed and still enjoying many benefits, expect to be kept alive for longer at an ever increasing cost to, generally speaking, less well-off younger generations.

As we grow older more of our accumulated wealth will be spent on and perhaps even eliminated by the cost of social care. The best thing we could do for those younger than ourselves would be to work in the interests of our children and grandchildren which would entail the creation of a new, more equitable intergenerational settlement.

Photo by Ferdinand Stöhr on Unsplash