Many areas of the England, Scotland and Wales will have local elections tomorrow, 5th May. With turnout historically very low, particularly among younger people, Liz Emerson, IF Co-founder, investigates what issues younger generations can influence locally and why voting locally matters. 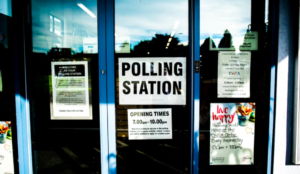 What does your local councillor do?

Local councils are responsible for a wide range of local issues, such as housing and regeneration, schools, adult social services, the police, fire services, arts, sports and culture, local cohesion, roads and street lighting. Your local councillor is voted in to represent the interests of, and work for, the local electorate.

They make decisions, review policies, scrutinise decisions and decide the funding of, local council, and sometimes local authority services, and how they are provided. That means that local councillors should be engaging with their local population. The question is what can younger people really influence in the many local elections taking place tomorrow.

We all know that the country has not been building enough new housing for decades. The government knows that we need to build 300,000 new homes, every year, for the next decade, just to address current demand, let alone provide housing for future generations.

Where the nation builds is increasingly a local issue with lines drawn between largely, older homeowners vocally opposing the planning of new building on any number of NIMBY (not in my back yard) grounds, and largely younger renters, paying sky-high rents, due to the lack of new housing, wanting the opportunity to become homeowners like previous generations were able to, and therefore supporting new housing.

This intergenerational conflict is taking place in local councils up and down the land with mainly older groups using increasingly bizarre reasons to delay, obstruct, and tie up local councils in lengthy, and often costly, local planning red tape. NIMBYs will use almost anything to protect their assets, their views, and their opinions, even though, if most homeowners looked at the site, position and age of their own homes, they would realise that they had actually “stolen” someone else’s view, or impacted on houses around them, when their own homes were built!

In simple terms, the lack of new housing supply, and subsequent increase in house prices, explains why, from 1996 to 2017, the number of young people aged between 16 and 24 years of age living in the private rented sector increased by 70%, from 365,000 to 513,000 respectively. That is why we need more homes and that is why young people could elect local councillors who will support rather than oppose new housing for the next generation.

Council Tax is a tax levied by councils which funds services councils provide such as: schools; roads; libraries; support for vulnerable children and adults; and rubbish collections. Your council tax also pays for the police, the fire service, other services and increasingly older people’s social care.

In 2019/20, local authorities in England received 50% of their funding from council tax. Unlike central government, local areas cannot borrow money. Instead, they either have to spend the same amount as they raise or they can use unspent revenue from previous years. The 2011 Localism Act prevented local authorities from raising council tax rates by more than 2% annually without holding a referendum. The threshold was increased to 3% for 2018/19 and 2019/20 and reduced again to 2% for 2020/21 and 2021/22. The amount we pay in local taxes via council tax has been increasing since 2016/17 when local authorities were permitted to increase council tax in order to fund adult social care without having to pass a referendum with the local community.

Since 50% of all social care spending is used to provide services largely for older people, council tax plays an important and, some argue, regressive role, in shifting too much of the cost onto younger generations rather than sharing the cost more equitably across the generations. An example of how this happens is by giving single occupants – often older single people living in larger homes – a 25% discount in their council tax.

If you live in London, residents also face an extra council tax levy towards the Greater London Assembly (GLA), which in 2020/2021 was permitted to charge local residents an additional £363.66 levy based on a Band D London property and a further £267 towards the running costs of the Metropolitan Police. In 2022/23, the GLA has levied £395.59, at a time when so many residents are still reeling from the economic costs of the pandemic, a cost-of-living crisis, increases in national insurance contributions, an energy crisis and now war in Ukraine.

If you want to influence council tax policy locally, the first question you need to ask is whether your prospective councillor, from whatever political party, has any understanding of, or interest in, the amount of money council or local authorities raise from local residents, how well it is spent, and how fairly it is shared across the generations.

Local councils have been obligated by law to provide free local bus travel for people over State Pension Age (SPA) since 2001. They are also obligated to provide free local bus travel to those people with disabilities. Sadly, children’s travel to school is not protected in the same way and bus companies have reduced the age of free travel, increased fares, or even charge full price over e.g. 14 years of age.

Now that children have to remain in education or training until 18 years of age, more work is required to ensure that they can afford to use public transport to get there. This is therefore another area where local councillor candidates should have a view.

According to the Local Government Association (GLA), councils are still one of the biggest investors in culture, sport and leisure, by funding: libraries, museums, theatres, parks, sports pitches and leisure centres. During the pandemic, local councils were chastised for closing many important spaces such as playgrounds, public toilets, and parks.

The Intergenerational Foundation, alongside many other organisations, called for their immediate re-opening, and as this comment from Cllr Gerald Vernon-Jackson, Chair of the LGA Culture, Tourism and Sport Board explains, “their massive popularity during lockdown demonstrates their true value in preserving people’s mental and physical wellbeing, supporting educational outcomes, connecting communities and creating resilient liveable places.” Local councillor candidates need to understand the importance of maintaining these vital community services.

With the climate crisis upon us, local councils have an opportunity to help us to combat the negative impacts of climate change and transform the way we live, get to work, and enjoy our leisure times as we move towards net zero. From Low Traffic Neighbourhoods (LTNs), to recycling initiatives, moving towards greener energy usage, investing in sustainable forms of transport, and making the building of new homes more environmentally friendly, local councillors can be ambassadors for change.

Local elections are often used as weather vanes in order to see how the nation’s political temperature has changed. Since there are no exit polls, the results from tomorrow’s elections may well be poured over by political analysts and advisors in order to gauge how the different political parties’ fortunes might change in a future General Election. With the nation facing a cost-of-living crisis due to sky-high inflation, an energy crisis, COVID-19 debt, and now war in Ukraine, many voters may well want to send a “protest” vote. This is why young votes matter.

Too often the work of local councils is obscured by national politics. If we want to bring about better local services, a greener community, and well-funded and sustainable local government, we all need to be part of the debate, whatever our ages.

Photo by Elliott Stallion on Unsplash