The Wellbeing of Future Generations Bill, if passed, will make a significant contribution to the protection of the rights of future generations. The passing of the bill is dependent on several factors, one of which being how intergenerational fairness is framed in debate. IF Student Intern, Hanna Burt, discusses the use of intergenerational fairness as a perspective, and what this means for the passage of policy. 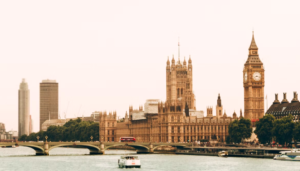 In 2019, a report by the House of Lords Select Committee on Intergenerational Fairness and Provision stated that “successive governments have failed to consider the needs of different generations and failed to plan for the long-term”, a fundamental failure in policymaking that must be urgently addressed.

As politics is dominated by short-term thinking, an effect of the five-year electoral cycles which decide the priorities of politicians, the very structure of the decision-making system is geared to meet the needs of the present and its problems, not to deal with the implications.

10 years ago, the affirmation of a bill like the Wellbeing of Future Generations would have been highly unlikely, because the policy climate at the time seldom included considerations of intergenerational fairness. However, a comparative analysis of Hansard scripts shows how there has been a change in discourse over the last decade. This is important, as discourse matters for the success of any suggested policy.

The most obvious indicator of change in discourse can be noted by counting how often the term “intergenerational fairness” is mentioned. When IF was established in 2011, the concept was barely talked about, but the past ten years have seen a drastic increase. The graph below shows a significant uptake in mentions, with the largest distinction made between 2001-2011, the ten years before IF was founded, and 2012-2022, the ten years since.

The second indicator concerns the language used to frame issues of intergenerational fairness. Although differing in choice of approach, it has increasingly become common to acknowledge the necessity of implementing mechanisms to protect current and future generations from being unfairly affected by public policy. An example of a more recent quote mentioning intergenerational fairness is when Baroness Tyler of Enfield discussed the government’s proposed Social Care Reform in 2021:

“We live at a time when the notion of intergenerational fairness is under threat. The accepted post-war norm has been for successive generations to experience better lives than their parents. That is not true anymore for the younger generation, as they are experiencing worse outcomes in terms of pay, job security, and housing.”

This can be contrasted with the following quote by Lord Peston during a debate on Monetary and Fiscal Policy in 2005:

“We can be pretty sure, however, that our successors will be richer than we are (…) If you believe in intergenerational fairness, you might well believe in pushing the burden forward, rather than keeping it within the generation.”

While Baroness Tyler, on the one hand, portrays intergenerational fairness as an important topic that requires drastic action, Lord Peston, along with many of his peers during the same period, dismisses the issue entirely.

The third change in the intergenerational narrative concerns how calls for increased sympathy for intergenerational issues are critiqued. Objections to the wellbeing of future generations bill often refer to the methods used to implement protections of intergenerational rights or argue that these are already in place. The following quote from Lord Moylan describes the methods outlined as far too invasive, and will only limit the government’s ability to legislate:

”The bill is based on the notion that (…) we should be setting up more and more mechanisms to ensure that people cannot effectively vote for what they want because they cannot be trusted. (…this…) does nothing for future generations while hobbling the democracy of the present one”

Ten years ago, on the other hand, critics would instead dismiss intergenerational fairness as a concept entirely. Lord Oakshott of Seagrove Bay said in 2010:

Critics have thus gone from arguing that the intergenerational contract does not require protection, as it is not a worthwhile issue to consider, to acknowledging the inequalities caused by legislation skewed against the young, but questioning whether imposing protections would be effective.

Of course, these are only some of several quotes which may be found in Hansard scripts, but all four are indicative of the general policy climate at the time.

Through the publication of research reports and consultation responses, the hosting of webinars and talks, and an active social media presence, IF has contributed to a change in how intergenerational fairness is considered.

One example of the impact IF has had on discourse is the Financial Times’ recent use of a research report by IF entitled Packhorse Generation to frame the cost-of-living crisis as an intergenerational issue). IF has also been quoted by peers and MPs in conjunction with mentions of intergenerational fairness, an example of this being when Lord Watson in defence of the Wellbeing of Future Generations Bill said:

“The Intergenerational Foundation, a non-party political charity that works to protect the interests of younger and future generations, recently reported on how government spending is skewed against the young.”

However, we should not forget that this is a Private Member’s Bill. That means that the Bill has not been introduced by the government of the day, and therefore does not have the tail wind behind it that would come from government support. In spite of this setback, IF still believes in the substance of the Bill and will continue to support its passage through parliament.

Photo by Ugur Akdemir on Unsplash