Humans have been fishing the seas and travelling the oceans for over 40,000 years. In this blog, Liz Emerson, IF Co-founder, explains what action is being taken to protect our seas and oceans today for future generations. 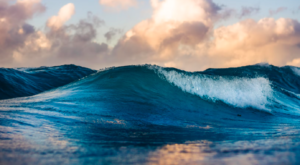 From the 7 to 18 March 2022, the United Nations (UN) is convening the fourth session of an intergovernmental conference to discuss the elements of, and text on, an international legally binding instrument under the UN Convention on the Law of Sea on the conservation and sustainable use of marine biological diversity of areas beyond national jurisdiction.

This follows the February 2022 One Ocean Summit in France, at which 100 countries agreed to work towards protecting our oceans from human harm, preventing illegal fishing, protecting international waters and cutting the number of micro-plastics and other plastics in the waters.

Non-governmental organisations and charities have publicly expressed their concern and frustration at being excluded from the conference in New York.

Will McCallum, head of oceans at Greenpeace, which calls for ocean sanctuaries, commented in The Guardian, “These negotiations are simply too important to avoid proper scrutiny; the UN should review its decision and allow civil society to participate in a safe and meaningful way.”

Although very late to the party – Americans have been doing it since 1935 – England has had “Blue Belts”, or Marine Conservation Zones (MCZs), in place to protect habitats and species, since 2013. In 2019 there were 91 MCZs, around three-times more than the initial 27. The ambition is to create a blue belt around the United Kingdom, thus Scotland, Wales and Northern Ireland also have MCZs in place and have plans to introduce more. Many of the MCZs are next to, or near, English coastlines and are precious marine areas which provide safe breeding grounds, but they do not reach the open ocean.

Around two-thirds of our oceans are outside Exclusive Economic Zones (EEZs) which cover approximately 200 nautical miles from a country’s coast. Outside EEZs, all but 1.2% of the open oceans are potentially at risk. According to globalfishingwatch.org, “significant regions of the ocean are not heavily fished, and these areas may [also] offer opportunities for low-cost marine conservation, creating ‘buffer zones’ which conservationists say help marine species to regenerate.”

With globalisation increasing, the number of container ships at an all-time high, protecting the high oceans is ever more urgent.

There is some good news. Last week, under a resolution agreed unanimously at the UN environment assembly in Nairobi, 175 countries agreed to develop legally binding laws to address plastic pollution in oceans.

While the progress on plastics is to be celebrated, worldwide legal legislation is needed more quickly. The UN convention this week was first discussed back in 2016, and while COVID-19 stopped the world in its track, we now need to turbo-charge protections with an energy crisis emerging and the too tempting interest in increasing offshore oil and gas exploration.

Photo by Silas Baisch on Unsplash