Part of the concept of intergenerational justice is that young people must be able to have a say in policy-making. Democratic systems must allow for their citizens to exert agency over economic and political processes in the first place, otherwise there would be no vehicle for translating the will of (young) people into action and policy. In this blog, IF researcher Alec Haglund explores the potential barriers to intergenerational justice posed by trade agreements that contain anti-democratic clauses which allow foreign companies to sue governments in private tribunals when they enact policies to protect the environment. 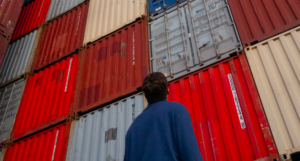 While trade agreements are not an obstacle to democracy or intergenerational fairness by default, and they certainly can encourage trade and development between regions and nations, there is a worrying trend of including highly anti-democratic clauses in such agreements. Such anti-democratic behaviour generally takes the form of clauses allowing for multinational corporations to sue governments if their policies interfere with, or jeopardise, the investments of foreign corporations.

These are known as investor-state dispute settlements (ISDS), and the increase in the number of ISDS has been rapid – from approximately 10 to 15 cases annually between 1998 and 2001, to as many as 60 to 85 annual cases between 2015 and 2020 (UNCTAD). This is particularly worrisome in the context of the climate crisis, since many of the policies necessary to tackle ecological breakdown would certainly interfere with the projected profits of many multinational corporations, especially those of the fossil fuel industry.

The language of “investor protections” used in trade agreements indicates that there is an obligation for future generations to deliver the profits that multinational corporations today deem reasonable to expect in the future, setting the profits of polluting companies above the needs of future generations. Additionally, these ISDS lawsuits are heard in specifically set up corporate tribunals, allowing corporations to bypass national judicial institutions created to ensure justice while remaining under public scrutiny.

Indeed, these clauses present a threat to the legitimacy of democratic rule and sovereignty of the state. It is precisely to avoid and overrule national judicial systems that ISDS clauses are written into trade agreements. In these supranational corporate tribunals, the decisions are heavily skewed in favour of the investor rather than the state, with little to no regard for future generations or the people who would be directly affected by the ruling.

Instead of “investor protections”, what about “protections for future generations”? The need for overcoming the ecological crisis remains one of the largest challenges for proponents of intergenerational justice, on both a local and global scale, and cannot be sidelined in discussions on trade.

The dangers of allowing corporations to trump democratic processes

On 1 February 2021, the UK formally applied to join the Comprehensive and Progressive Agreement for Trans-Pacific Partnership. One of the demands of the recent Chilean youth protests was to not join this trade agreement, precisely because it would damage the democratic rights of Chileans.

It is absolutely vital that policymakers accurately assess the impacts of these trade agreements from a perspective of intergenerational fairness, as there is a legitimate concern that clauses relating to “protecting investors” may overrule democratic policy-making processes. Indeed, the primary reason why Germans opposed the Transatlantic Trade and Investment Partnership (TTIP) was precisely because of the investor-state dispute settlement clauses.

Research suggests that environmental protection policies are often diluted or abandoned simply because of the potential threat of multi-billion dollar lawsuits by the corporations which would stand to lose from not being allowed to pollute to the same extent as before.

When environmental protection policies or other policies protecting public health or workers’ rights do go ahead, plenty of examples exist of multi-billion-dollar lawsuits made by, for example:

Future generations stand to lose the most

Not only do these clauses make it even more difficult than it already is to enact ecological policies, but in the few cases when environmental policies are passed, it may come with a massive bill for future generations paid straight to the shareholders of multinational corporations. And who will foot the bill for these multi-billion dollar payouts to polluting multi-national corporations? Young people and future generations, of course, as it will be paid by future taxpayers.

Essentially, such trade agreements aim to re-define regulation as the “expropriation” of private property, when regulation really is (or should be) the result of policy-making in a democracy. Young people are acutely aware of the need to address the climate crisis, and it would be highly demoralising for all activists, young and old alike, if future ecological policies could be overturned by multinational corporations simply because they threaten their investments and profits.

Progress made is not enough

Democratic processes must not be seen as “interferences” to investor profitability, but rather as the legitimate way for citizens to introduce policy and govern their country according to the will of the people. It is possible to make trade agreements without giving up democratic rights. Young people already have a lesser say in our democracy by suffering from a democratic deficit, so we must ensure that when they do have a say, it counts.

While there has been widespread criticism of ISDS from proponents of democracy, environmental activists and civil society at large, little has been done to ameliorate the situation, although some countries, such as Germany, Chile and France are reconsidering their participation in trade agreements involving ISDS clauses. Proposed reforms to the ISDS system at the UN Commission on International Trade Law may, unfortunately, be cosmetic at best.

It is vital that democratic processes and policy-making can act as a vehicle for delivering intergenerational justice. Indeed, policy to mitigate the climate crisis may certainly interfere with the profits of polluting companies. However, profiting from pollution interferes with the possibility of human life on this planet for future generations.

Photo by Nicholas Doherty on Unsplash