Graduates have been slapped with an increase to Plan 2 and postgraduate student loan repayments by stealth, which could cost an average earning graduate an additional £110 per year, writes IF volunteer Alana McSkimming 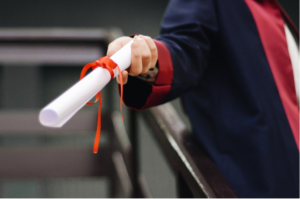 The Government has announced plans to freeze the student loan repayment threshold. Although this may elicit a sigh of relief for some (due to fears that the Government would reduce the threshold to as little as £21,000 per year) it will still come at a huge blow for many young people.

Tax burden on the young

Why? It is an additional tax burden placed almost solely on the young. Prior to 1998, university education was free in the UK (and remains this way in Scotland) and, as a result, many older generations will have benefitted from this free higher education with little cost to them.

From 1998 the Plan 1 student loan was introduced. A higher education would now cost up to £3000 per year,  and the repayment threshold for this loan is currently just below £20,000 per year and is written off after 25 years. The Plan 1 loan has escaped the 2022/23 threshold freeze.

From 2012, students were placed on a Plan 2 student loan, with university education costing £9000 per year for many courses. Plan 2 loans currently have a repayment threshold of £27,295 and are written off after 30 years.

Many people are quick to forget about postgraduate loans. These courses can cost thousands of pounds more per year than an undergraduate course and currently have a repayment threshold of £21,000. This means a graduate on a salary of £30,000 will pay 6% of their earnings above £21,000 towards their student loan and a further 9% on anything above £27,295.

University education has become more expensive as time has passed, and this financial burden is something young working-class people and middle-income earners will carry with them for 30 years until it is eventually written off.

Meanwhile the 10% wealthiest students escape the student loan system completely because they can afford to pay their fees upfront and have enough wealth to cover their living costs. Furthermore, those students who become the high earners will repay their student loans more quickly and therefore be able to leave the system earlier.

Why is the threshold freeze intergenerationally unfair?

This is intergenerationally unfair because what university will cost someone is largely determined by what age they were/are when they attend. I was only born in 1998 so definitely would not have been rolling up to any free lectures at this stage in my life, and so, I have automatically missed out on accessing a free university education merely because I did not exist then.

The government can increase or lower interest rates, and increase or lower the repayment threshold as well as extend or shorten the loan term. It means that many graduates on Plan 2 loans, who left university more than five years ago, will soon receive a shock when their student repayments rise

The government is using an economic lever called “fiscal drag” in order to increase the tax take from graduates without appearing to do so. In essence, by freezing the threshold of repayment, more lower earners will be pulled into repayment earlier. The quadruple whammy is that this is at a time when rising inflation is reducing recent graduate purchasing power and causing a cost-of-living crisis.

Student loans are also outside the protection of the Consumer Credit Act, supposedly because they are low interest loans created for a specific purpose, but with inflation set to reach around 7% in March, the interest rate on graduate loans could reach 10% when an additional 3% interest is levied. What other loan is allowed to change the terms after the papers have been signed?

An extra £110 per year taxation may not seem like a huge deal, but when added to the current cost of living crisis, younger generations will be under increasing financial pressure at a time when they should be striding out on their own.

Energy bills are skyrocketing, inflation is rising, the food shop is increasingly expensive, the tax-free income tax allowance has been frozen and the controversial 10% National Insurance increase is coming in April. One rise alone may not be enough to break a person but, with every aspect of life getting increasingly expensive, the student loan threshold freeze may just be the straw that breaks the camel’s back.

Photo by Ekrulila on Pexels