We often hear in the news that climate change is going to lead to complete ecological breakdown if we do not take action fast. In his first blog for IF, Alec Haglund, our new economic researcher, argues that the many other social issues affecting younger and future generations can be solved in ways that can help to address the environmental crisis, and vice versa. 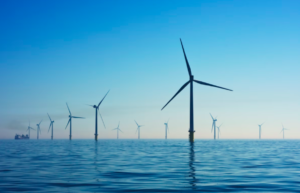 Connecting the social with the ecological, and vice versa

Overcoming the climate crisis requires large-scale changes in our economy, including how we think about work, transport, housing and political participation. How we make those changes could also solve the many issues facing younger generations today. For example, investment in rail infrastructure helps in reducing CO2 emissions while also increasing economic opportunity and lowering regional inequalities.

Building social and affordable housing that is close to transport links, energy efficient and durable, helps to lower emissions while simultaneously tackling the housing crisis. Government investment in renewable energy not only helps to create a greener economy, but also provides high-quality jobs that will be needed long into the future.

Shorter working weeks and flexible working options for those wishing to work from home reduces traffic pollution from the daily commuters (not to mention business flights), while allowing for more autonomy in employees’ daily routine and more free time in general. Consequently, intergenerational justice and environmental justice can be understood as highly intertwined.

In addition, it might also be liberating and hope-inspiring to realise that these issues do not exist in a vacuum and are in fact deeply interconnected. We can then provide a holistic long-term strategy which responds to all of these issues and produces policies that meet more than one goal. In other words it does not have to be an “either/or” scenario. We can change our economy AND combat climate change. In fact, we cannot do one without the other.

In the discourse surrounding feminism the term “intersectionality” has become part of the mainstream. That is the idea that one cannot merely look at gender to understand how issues of discrimination affect women, but one must also look at other socio-political indicators such as ethnicity and class to get the full picture. In terms of the climate crisis, we still tend to think of it as a problem that only concerns nature, and think of ourselves as disconnected from that perception of nature, instead of seeing nature as something that is all around us, that we are part of, and that we shape.

To better understand how we can tackle the climate problem, thinking of its intersections with the wider political economy may be helpful. It allows us to see the climate crisis not as this alien sense of impending doom, but rather the result of how we currently organise our economy and society.

With different priorities – such as ensuring the availability of decent sustainable housing for everyone, good public transport, decently-paid low-carbon intensive jobs with a healthy work-life balance – solutions to the climate crisis would automatically become an intrinsic factor of political decision-making in a wider sense.

Inequality is also a part of the environmental problem. Or, more precisely, the fact that a small group of people control such a large proportion of the global wealth creates a democratic deficit, in which those who stand to suffer the most from climate catastrophes have the smallest say in how to overcome the crisis.

This inequality and democratic deficit is visible not only between rich and poor, nationally and globally, but also between older and younger generations. Young people do not only tend to have less of a say in our democracy, but due to generational inequalities, they also do not have the same spending power and therefore not the same energy-intensive lifestyle as wealthier older generations.

This is not to say that older generations do not care about solving the climate crisis, but there remains a mismatch in terms of whom the crisis will affect the most and who has a say in how to overcome the crisis.

Thinking holistically about the climate crisis – and the other major issues facing future generations – can help to build new alliances with activists and advocates fighting for different but equally important causes. The notion of a “green new deal” is an example of how it is possible to push for a holistic policy agenda that is aimed at solving the climate crisis while recognising that sustainable climate policy must look at the issue in its multidimensional totality. In other words, ecological sustainability must not be understood as a notion only concerning the environment, but also that of a social and economic sustainability that can support a healthy relationship between society and nature for generations to come.

Of course, thinking holistically about solutions to the climate crisis does not mean that specific policy objectives within areas such as housing, inequality and debt should not be pushed for. The truth is, in fact, quite the opposite. Such policy goals remain more important than ever, as they serve to form part of a wider, long-term strategy to avoid ecological breakdown.

For this strategy to be successful, however, we must understand how our relationship to the natural environment is constructed through all aspects of policy and political decision-making, instead of viewing nature as an external factor that can be side-lined in economic and social policy.

We would be setting ourselves up for failure if we do not recognise the multidimensional character of the climate crisis, as we would then restrict our policy agenda to piecemeal solutions instead of the necessary transformational changes we so urgently need. By combining ecologically conscious social and economic policy with socially conscious ecological policy we may not only create the necessary responses to avoid ecological breakdown, but we may also build a strong foundation for a society that ensures fairness and justice for future generations.

Photo by Nicholas Doherty on Unsplash