The United Nations Decade of Healthy Ageing recently launched a campaign aimed at raising awareness of problems of ageism. IF Student Intern, Hanna Burt, considers the suggestions made, and discusses how they could be put into practice in the UK. 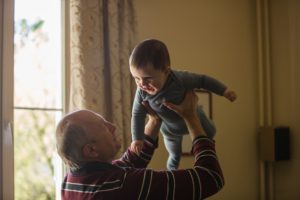 The United Nations has for the first time expanded the definition of ageism to explicitly include prejudice against young people. It recently launched the Decade of Healthy Ageing initiative, the aim of which is to offer an arena of collaboration for governments, agencies, civil society, professionals, academics and journalists among others to “improve the lives of older people, their families, and the communities in which they live.”

Between the 1st of October, the UN International Day of Older Persons, and the 20th of November 2021, World Children Day, the Decade of Healthy Ageing ran the Ageism though the Ages campaign. It brought to light ageism as it affects older people, but also, most notably, addressed the impact it has on young people and children.

Maria-Francesca Spatolisano, Assistant Secretary-General for Policy Coordination and Inter-Agency Affairs in the United Nations Department of Economic and Social Affairs, said that ageism towards younger people is “prevalent, unrecognised, unchallenged and has far-reaching consequences for our economies and societies”. The World Health Organisation (WHO) has in turn released a statement claiming that “ageism against younger people manifests across many areas such as employment, health, housing and politics where younger people’s voices are often denied or dismissed.”

As part of the Decade of Healthy Ageing initiative, the Global Report on Ageism was launched, which outlines a “framework for action to reduce ageism including specific recommendations for different actors”. The report recognises three strategies to reduce ageism, defined as the use of age “to categorize and divide people in ways that lead to harm, disadvantage and injustice and erode solidarity across generations”.

The first is the introduction of policies and legislation that address age discrimination and inequality. The second is to initiate educational activities across all levels of schooling which would dispel misconceptions about different age groups and reduce prejudice through the provision of information.

The third is to increase intergenerational contact interventions, otherwise known as “intergenerational practice”, aiming to foster relationships between different generations. Each of these three suggestions not only addresses ageism against older generations, but may, if implemented, also help combat ageism towards the young.

A Decade of Intergenerational Unfairness

In IF’s latest report Left Behind: A Decade of Intergenerational Unfairness, which provides a comprehensive overview of the wellbeing of young people over the last 10 years, several suggestions are given in order to combat ageism towards young people. One is to require the government to undertake future generations impact assessments on all current and future policy decisions. This would increase focus on the long-term effects of legislation, and thus generate more intergenerationally fair policies.

The report also demonstrates how government policies are ageist, as they have a greater negative impact on younger people’s lives than they do on older people. Successive governments’ policies over the past decade have led to an overall decrease in the wellbeing of young people. Child poverty levels are rising, young people are increasingly being diagnosed with mental health issues, and homeownership rates declining faster than ever. Ageism against young people is thus systemically practiced by policymakers in the UK.

IF would like to go even further than the suggestions outlined in the Global Report on Ageism. In the UK it is already against the law to discriminate against someone because of the protected characteristics under the Equality Act (2010). In line with the first of the three strategies outlined by the Global Report on Ageism, IF believe that the act should be updated to include protection of the well-being of future generations.

Another initiative that would also help implement the suggestions given by the Global Report on Ageism is the Well-being of Future Generations (2) Bill, which recommends that a Commissioner for Future Generations for the UK should be established. The impetus for the Bill follows the success of the Welsh Act.

IF calls on the government to consider both of these reforms, as they would significantly increase the wellbeing of younger generations. We hope that the suggestions made by the UN will be taken seriously by the government, and come to influence future policies, so that we can create a better future for all.

Photo by Johnny Cohen on Unsplash